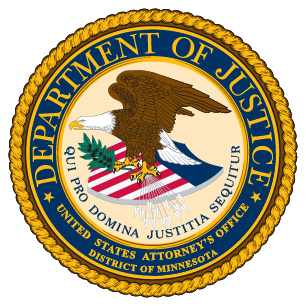 (St. Paul, MN) -- Thirty-six defendants have been sentenced in federal court for their roles in operating a massive international sex trafficking organization that was responsible for coercing hundreds of Thai women to engage in commercial sex acts across the United States.

29-year-old Matthew Mintz of Chicago, Illinois, pleaded guilty on April 23rd, 2018, to one count of conspiracy to commit harboring and one count of conspiracy to engage in money laundering. Mintz was sentenced Wednesday by Senior Judge Donovan Frank to one year and one day in prison, three years of supervised release, $100,000 in restitution, and 100 hours of community service. 60-year-old Sumalee Intarathong is the final defendant that was charged as part of the sex trafficking conspiracy. On February 17th, 2021, Intarathong was extradited to the United States from Belgium on a 10-count superseding indictment alleging conspiracy, human trafficking violations, and visa fraud.

According to court documents and evidence presented at trial, this criminal organization compelled hundreds of women from Bangkok, Thailand, to engage in commercial sex acts in various cities across the United States, including Minneapolis, Los Angeles, Chicago, Atlanta, Phoenix, Washington, D.C., Las Vegas, Houston, Dallas, Seattle and Austin. The trafficking victims were often from impoverished backgrounds and spoke little or no English. They were coerced to participate in the criminal scheme through misleading promises of a better life in the United States and the ability to provide money to their families in Thailand.

The organization also engaged in widespread visa fraud to facilitate the international transportation of the victims. Traffickers assisted the victims in obtaining fraudulent visas and travel documents by funding false bank accounts, creating fictitious backgrounds and occupations, and instructing the victims to enter into fraudulent marriages to increase the likelihood that their visa applications would be approved. Traffickers also coached the victims as to what to say during their visa interviews. While working to obtain visa documents, traffickers gathered personal information from the victims, including the location of the victims’ families in Thailand. This information was later used to threaten victims who sought to flee the organization in the United States.

The organization dealt primarily in cash and engaged in rampant and sophisticated money laundering in order to promote and conceal illegal profits. The organization used “funnel accounts” to launder and route cash from cities across the United States to the money launderers in Los Angeles. To date, investigators have been able to recover $1.5 million in cash and $15 million in money judgments secured through plea agreements. During the extensive investigation, law enforcement traced tens of millions of dollars to the organization. Indeed, at trial, there was testimony that more than $40 million was sent to Thailand by one money launderer alone.

“A total of 36 individuals who participated in this horrific commercial sex trafficking operation have now been held to account for their exploitative treatment of fellow human beings,” said Acting U.S. Attorney W. Anders Folk. “Sex trafficking is a reprehensible crime and combatting it remains a priority for this office and for our law enforcement partners. Today’s penultimate sentencing not only signals the end of a years-long investigation and prosecution, but it demonstrates the dogged pursuit that we have brought to this case since day one.”

“HSI, through collaborative efforts with numerous law enforcement partners, unraveled this international ring of criminals that brutally exploited women for their own personal gain,” said acting Special Agent in Charge Jamie Holt, of HSI St. Paul. “Human trafficking is a deplorable crime, and this sentencing, the last of 36 defendants that have resulted in nearly $23 million in restitution ordered by the court, demonstrates a measure of justice for the victims and that HSI will continue to ensure those responsible will be brought to justice.”

“Money laundering is tax evasion in progress. The proceeds are fuel for criminals to conduct their illegal affairs and are used to manipulate and erode our financial systems,” said Special Agent In Charge Kathy Enstrom, IRS Criminal Investigation, Chicago Field Office. “We are committed to deciphering the complex international financial transactions and money laundering schemes that are the engine for human trafficking. We will find you and we will bring you to justice, just as we did with Matthew Mintz,” said Enstrom.