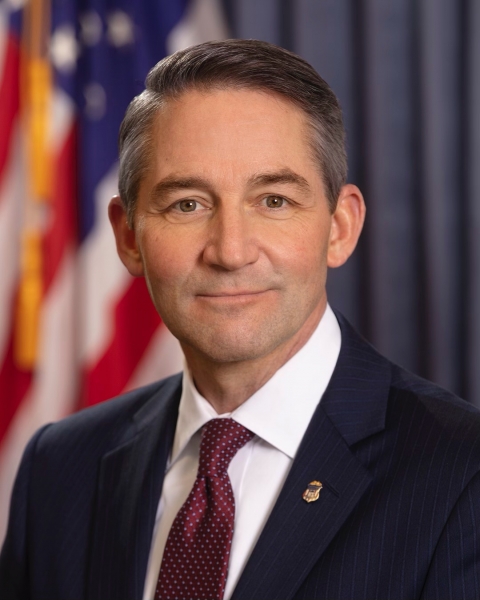 Courtesy of: North Dakota Office of the Governor

“Having twice served as North Dakota’s chief federal law enforcement officer leading the U.S. attorney’s offices in Bismarck and Fargo, and six years as lieutenant governor, Drew Wrigley brings highly relevant state and federal experience to the role of North Dakota Attorney General," said North Dakota Governor Doug Burgum in a statement made by the Office of the Governor, "He has a deep knowledge of the law, extensive background in public safety and broad experience with the intersections of local, state and federal law enforcement. His knowledge of the federal government is especially valuable at this time."

Wrigley served as North Dakota's U.S attorney between 2001 and 2009, and again between 2019 through 2021. He also served as the state's lieutenant governor for six years under former Gov. Jack Dalrymple starting in 2010 and serving a four-year term starting in 2012.

“I am deeply humbled by the faith that Governor Burgum has placed in me, and I pledge to work tirelessly on behalf of the citizens of North Dakota,” Wrigley said. “During my service, I will always be mindful of the outstanding work of my friend Wayne Stenehjem, and I will keep his memory near as we all navigate the path ahead.”

The appointment comes nearly two weeks after the passing of Attorney General Wayne Stenehjem due to cardiac arrest. Wrigley will take the oath of office at 9 a.m Wednesday at the capitol building.