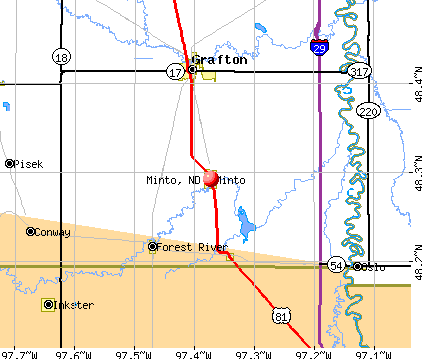 (Minto, ND) -- While flood waters have impacted several cities across the eastern portion of North Dakota, the small community of Minto is preparing for what looks to be an eight foot flood crest later this week.

The Forest River at Minto was in minor flood stage, at just over six feet, on Sunday afternoon, and anticipated to crest late Monday at just over eight feet.