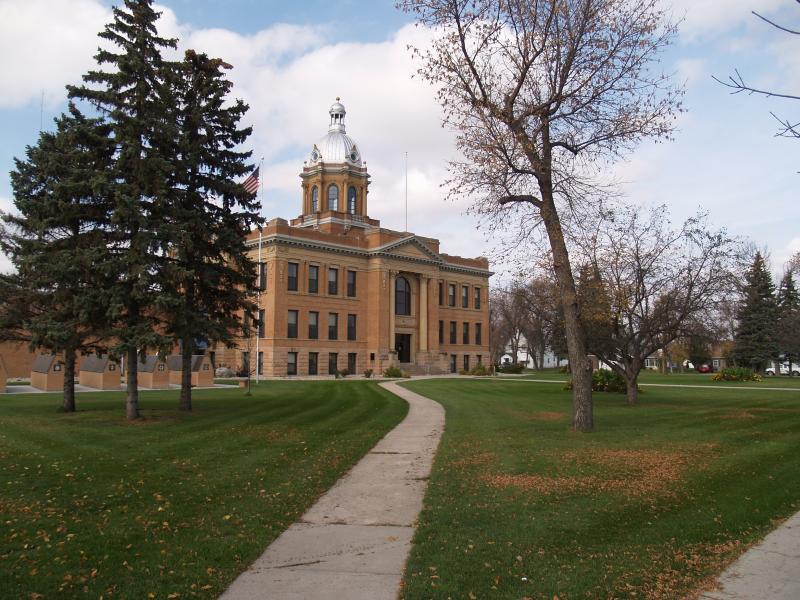 (Hillsboro, ND) -- What was once looking like a dire situation for the county seat of Traill County in eastern North Dakota might have been spared during this latest round of severe flooding.

Hillsboro Mayor Terry Sando says some improvement is being seen from Saturday to Sunday on the Goose River in Hillsboro.

"Since yesterday (Saturday), we've seen a little of the overland water receding a little bit," he said. "The culverts are not running quite as full as they were."

Sando says his concern now turns back to the Goose River, which, as of Sunday afternoon, was as high as the edge of Highway 81, which runs north-south in the City of Hillsboro. He says the community's park is "mostly flooded." The river, at 3:15 p.m. Sunday, was in moderate flood stage at 13.91 feet. It's expected to rise to 15.5 feet on Monday evening, and remain there for more than 24 hours, before falling slowly on Tuesday. Should the river crest at 15.5 feet, it would tie the April 2011 flood for fifth highest flood crest in the City of Hillsboro.

The Mayor says it's going to be hard to determine the damage from the flood.

"When I drove on the south side of town, where we had a lot of water standing yesterday (Saturday) morning," Sando said. "The culverts were running about half full, with a lot of that water coming off the fields."

He says the main reason for the flooding is the fact that there is still frost in the ground.

"I really wish we had the frost out of the ground," he said. "Because a lot of this water would actually soak in and make a more favorable summer season."

Sando said there is concern that more water is headed for Hillsboro, as areas west of the Mayville/Portland area still have water that has not hit the Goose River channel.

"Now that we're close to Highway 81, if it (the river) goes up another half-foot, we are probably going to have to see about restricting the traffic on Highway 81," he said.