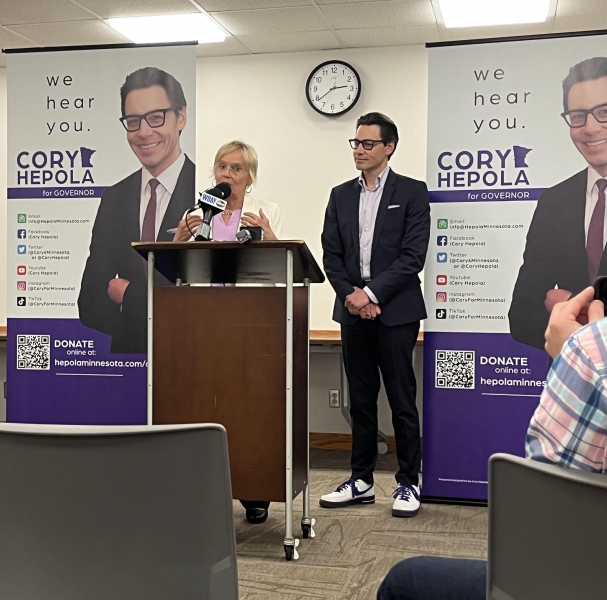 (Moorhead, MN) -- Minnesota's Forward Party Gubernatorial Candidate Cory Hepola says an education expert will join his side for the upcoming elections this November.

"They're reactive. Band-Aid solutions," said Hepola, referring to current leadership's attempts to solve issues, " We would be proactive. We need to invest into education - we just do. We had a Minneapolis teacher's strike, first one in 50-some years. That is waiting to happen all over the state."

"If you take a look at Minnesota's outcomes, while on the surface they might look good for some student groups, the taxpayers aren't getting their return on investment, "said Dr. Uselman, who urges a more critical look at the system in the state, "It's abysmal for some student groups. Minnesota does not rank in the top half in terms for educational outcomes and so I know we can do better."

You can learn more about the Forward Party of Minnesota by clicking here. You can listen to Cory Hepola and Dr. Tamara Uselman speak by clicking the play button above.