North Dakota Public Service Commissioner Sheri Haugen-Hoffart: "With that trust Governor Burgum had in me, I hope to gain the trust and confidence of all the North Dakota citizens" 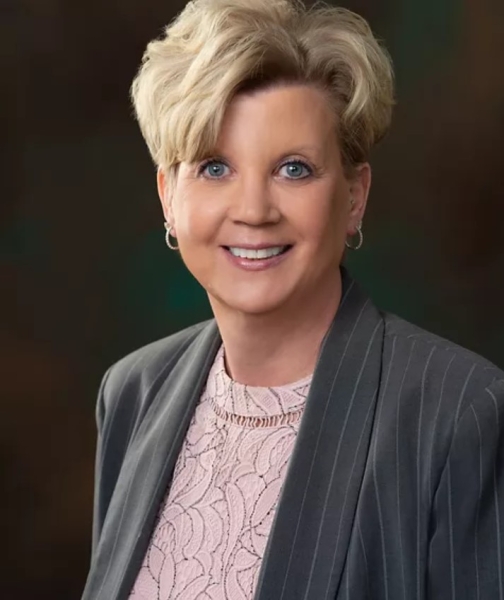 (Bismarck, ND) -- A state public service commissioner who was appointed by North Dakota's Governor is sharing why she is running to be elected to the position in the upcoming November General Election.

Sheri Haugen-Hoffart is a North Dakota Public Service Commissioner who was appointed in February of 2022 by State Governor Doug Burgum. She says the position impacts North Dakotans every single day with everything from utilities, overseeing regulations and rate increases for those utilities, both green and traditional energy source regulations, and consumer affairs position where they assist state residents with questions.

"I really have a passion for this," said Haugen-Hoffart, "When I submitted my name to fill the vacancy, I was committed to running again. So when I accepted the appointment in February I also announced my candidacy for the position too. I put it in a timeline [for] when Governor Burgum called me on February 11th to ask if I would accept his appointment, I did so at about 1 p.m, and by 3 p.m later that day I announced my candidacy."

Haugen-Hoffart says she has greatly enjoyed her eight months in the position so far, and wants to continue it. She hopes her eight months of experience on the board will show she has what is best for North Dakotans in mind.

"With that trust Governor Burgum had in me, I hope to gain the trust and confidence of all the North Dakota citizens," said Haugen, "I would really appreciate your support come this election cycle."

Sheri Haugen-Hoffart is running to maintain her position on the North Dakota Public Service Commission in the upcoming November General Election. You can learn more about voting in North Dakota by clicking here.

Public Service Commission Candidate Trygve Hammer: "I feel like [state lawmakers] serve the privileged" instead of average North Dakota residents
Wed, Nov 2nd, 2022 - 8:27pm
North Dakota Public Service Commissioner Julie Fedorchak: "I would be honored to serve the citizens of this state for another six years"
Tue, Nov 1st, 2022 - 6:03am
Are you ready for the November 2022 election? We've got you covered
Sun, Oct 23rd, 2022 - 12:00pm
Mund, Becker get nod from Secretary of State to appear on November ballot
Fri, Sep 9th, 2022 - 10:45am