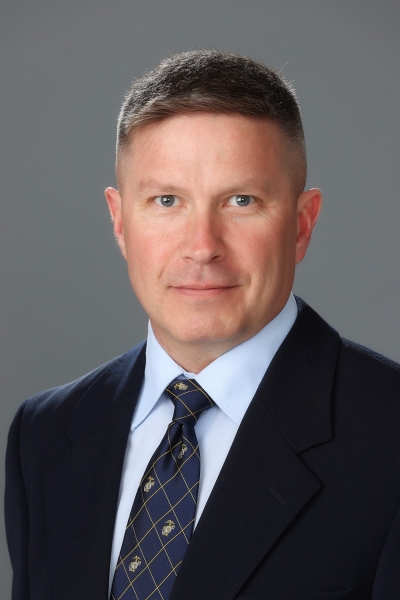 (Bismarck, ND) -- A former U.S Marine is seeking to "serve the people" instead of the priveledged, if elected this November General Election.

Trygve Hammer is looking for your vote to become a member of the Public Service Commission. He joined WDAY Midday to share his platform, who he thinks current members have forgotten to represent, and what made him decide to run this election cycle.

"I just feel compelled to serve, compelled to lead, that's kinda what a big chunk of my life has been about," said Hammer, detailing his service in the Marine corps and his 'officers eat last' mentality towards public service, "Instead of 'officers eat last', I feel like [our state government] really serves the privileged. Because it's run by the privileged... Maybe I'm being a little cynical, but I think the reason for that is the people who need that assistance, they don't make big campaign contributions."

Hammer says he would serve the people of North Dakota if elected to the public service commission. He clarified the answer, saying he is not "beholden to anyone." Hammer says many lawmakers in the state have "no problem" spending money when a big corporation asks for it, but falters and clutch their pearls" about the deficit when topics like rent assistance and helping low income communities. He says this means he would fight to keep rates low for consumers if elected to the Public Service Commission.

Trygve Hammer is looking to become a member of the Public Service Commission in the upcoming November General Election. You can learn more about voting in North Dakota by clicking here.

North Dakota Public Service Commissioner Sheri Haugen-Hoffart: "With that trust Governor Burgum had in me, I hope to gain the trust and confidence of all the North Dakota citizens"
Mon, Oct 31st, 2022 - 7:46pm
North Dakota Public Service Commissioner Julie Fedorchak: "I would be honored to serve the citizens of this state for another six years"
Tue, Nov 1st, 2022 - 6:03am
Minnesota Gubernatorial candidate Dr. Scott Jensen talks campaign, public safety and debating Governor Walz
Tue, Oct 18th, 2022 - 7:20am
Minnesota State House District 4A Representative Heather Keeler: Speaking on childcare "I think our community has a lot of valid concerns"
Fri, Nov 4th, 2022 - 7:11pm