OPINION - Coronavirus...I'm Not The Only One, After All 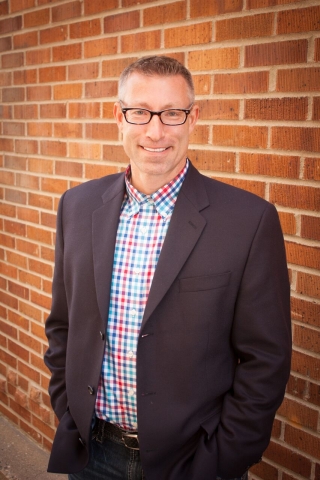 I thought I'd be the only one.

I'm called the station liberal around here, which I think is kind of funny but I tend to be more of a "not so fast" kind of guy when it comes to politics here.  In my world things aren't usually all black or all white.

These days, we all are trying to make sense of the CoronaVirus.  Anyone who claims to know for sure what's going to happen is just flat out wrong.  And just when I think I know how I feel, I learn something else and I'm moved to a different understanding.  So yesterday after they cancelled March Madness, I was convinced that we were overreacting.  Swallowing a big glass of fear with a panic chaser.  I felt even more that way when the NCAA cancelled all SPRING SPORTS.  And truth be told, I'm still a little edgy about that one.

But I'm beginning to think that nixing crowds is the right thing to do, even though I know deep in my heart that President Trump's opponents love the hysteria, which makes me generally cheer for whatever the other idea looks like.  Here's my theory on this (and again, I'm still sorting this out in my head but this is where I land right now):

1.  We really don't know everything yet about Covid 19.  Is it really 6-10 times more deadly than the flu?  Maybe.  Does it die off when the weather warms up?  There's some evidence that the answer is yes.  But this is still a brand new strain and the final tale is not yet told.

2.  It's not about the young and healthy folks.  I might be ok but if more of us are carrying this around, and even asymptomatically, we're still carriers to someone who might be more at risk.

3.  Countries throughout history who have limited crowds have seen better success.  (full disclosure, I've read this a few places but haven't independently audited their sources/info, but it makes sense to me).

4.  If the worst thing that happens is the economy takes a slight hit, and we miss out on March Madness, I guess I can live with that.

So I come to the place I'm at today.  I wouldn't scream and yell either way.  But I am willing to give it a try.

It's still complicated for me.  Influenza kills 3,000 people a month in our country.  A MONTH!  Worldwide it's between 300,000 and 600,000 a year.  So do we shut down every public event next year after Thanksgiving while the flu season runs its course?  And don't give me this garbage about President Trump not managing this well.  Funny how President Obama got NO BLAME at all when in 2009, 60 million people were infected with swine flu and more than 12,000 died. I don't remember this level of PANIC or criticism.  We called it a health issue and it wasn't political.  We just didn't think that way.

Still after all of that, I go back to #1 above.  And say that I can live with the social distancing and abundance of caution.

And I'm not the only one, apparently.  A few twitter people I follow (Ben Shapiro etc) who are conservatives have suggested this is the right move.  And today my friend and business partner Scott Hennen said the same thing.  And he's a huge Trump supporter and like me, believes the left is rejoicing in the death and destruction as perverse as that is.

So I'll go for more runs, catch up on office work, and maybe watch a movie with my sweetheart.  Maybe get that Bible out a little more often.  That's not so bad.

Just wait a few days to bring up the Masters and the Bison missing out on the Big Dance, would you?