The Summit League is Adding A Former Division III Powerhouse 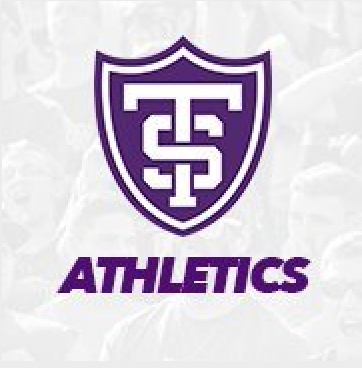 The St. Thomas Tommies are doing something unprecedented in college sports. They are moving directly from Division III to Division I in all 22 of their varsity teams. With 19 teams being welcomed into the Summit League (pending NCAA approval). As for the other three teams they will be joining various conferences, with the football team joining the Pioneer League, women's hockey joining the Western Collegiate Hockey Association, and their men's hockey team is still looking for a new conference to call home.

This process of St. Thomas moving out of the Minnesota Intercollegiate Athletic Conference (MIAC) started 14 months ago when the majority of presidents in the MIAC voted to kick the Tommies out. You may be asking yourself, why kick such a successful program out of the conference they helped create over 100 years ago? The answer is simple, they win too much. Initially the Tommies were going to look for a new home in Division III. Then they decided to look at Division II. Finally they were able to find a new home in Division I, making them the first team to make the two-level jump since both Buffalo and Dayton in 1993 (Dayton's basketball team was already in Division I during this move).

St. Thomas was able to bypass a normally required 12 year stop in Division II before jumping into Division I from Division III, due to their unique and urgent situation. The Tommies will be making the jump straight to Division I at the beginning of the 2021-22 season. St. Thomas is used to winning with the all-sports trophy on both the men's and women's side for the past 13 school years, and winning 15 national championships in NCAA team sports since 1982. The Summit League may have it's work cut out trying to humble their new conference rival starting in the fall of 2021.

August 4, 2020 - 3:42pm
Back-to-school resources are available for parents and caregivers during the pandemic

Navigate Life: One Long Storm
3 hours 2 min ago
Do you know what Measure 3 is and why it’s bad for ND?
3 hours 33 min ago
Gov. Burgum: COVID-19, ND jobs, Vision Zero, and YOUR calls!
5 hours 38 min ago
Fargo Public Schools to begin school year in hybrid model
5 hours 45 min ago
Are You for All of The Above Energy in North Dakota?
5 hours 49 min ago
ND Senator Wardner previews this week's Energy Town Hall.
5 hours 49 min ago
Feeling some back pain? Dr. Zimmerman tells us when you should seek professional help...
6 hours 28 min ago
Should Minnesota follow in California's footsteps?
6 hours 56 min ago
128 citations from extra patrols for underage drinking enforcement
7 hours 20 min ago
We officially have our own flagpole!
7 hours 27 min ago