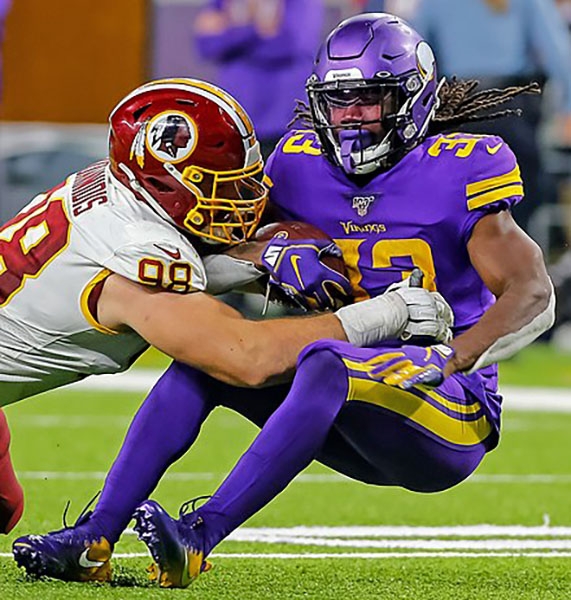 Some people argue that Vikings RB Dalvin Cook is the best in the NFL, and his performance this past month is a large reason why. In the month of November Cook played in 5 games rushing for 641 yards and 6 touchdowns. He was also a weapon as a receiver with 191 yards receiving and 1 touchdown. Cook is a dual threat RB through both the ground and air which is what led to him being named the NFC’s Offensive Player of the Month in November.

Through week 12 Cook is second in the NFL in rushing with 1,130 yards and Titans RB Derrick Henry is first with 1,257 (Dalvin has played in 10 games this season and Henry has played in 11). Cook is the NFL leader in rushing touchdowns with 13 and he ranks sixth in yards per rush at 5.2.

He is poised for another big game this weekend as the Jacksonville Jaguars have a struggling rush stopping defense. Jacksonville has given up an average of 136 yards per game on the ground this season. Cook is second in the NFL in rushing yards per game with 113.

Cook and the 5-6 Vikings will host the 1-10 Jaguars on Sunday with kickoff set for noon.