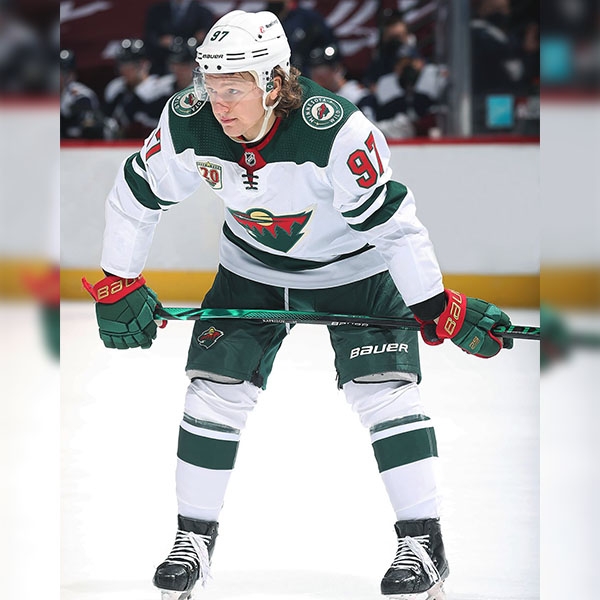 If you’re a Minnesota Wild fan and not familiar with the name Kirill “The Thrill” Kaprizov, you better get up to speed. Last night Kaprizov broke the Minnesota Wild rookie points record previously set by Marian Gaborik (36 points) in the 2000-01 season.

The big difference in Kaprizov’s record setting rookie season is he did it in 27 less games and is looking to extend his record throughout the rest of the regular season. Gaborik got to his 36 points by scoring 18 goals and racking up 18 assists in 71 games. As for Kaprizov, he currently has 37 points on 18 goals and 19 assists in 44 games. Did I mention that the Wild still have 12 regular season games on the schedule for Kaprizov to add onto his franchise rookie record 37 point campaign?

The Wild are set to play Arizona for the final time this season tomorrow night and Kaprizov has had success against the Coyotes. In seven games this season he has four goals and nine assists for a total of nine points. Also the rookie has 34 of his 37 points (16 goals and 18 assists) in Minnesota’s 28 wins this season. In the Wild’s 16 losses he only has three points (2 goals and 1 assist).

Kaprizov will look to extend his rookie franchise points record tomorrow night at the Arizona Coyotes. The Wild will also be looking to extend their four game winning streak starting with puck drop set for 8 p.m.