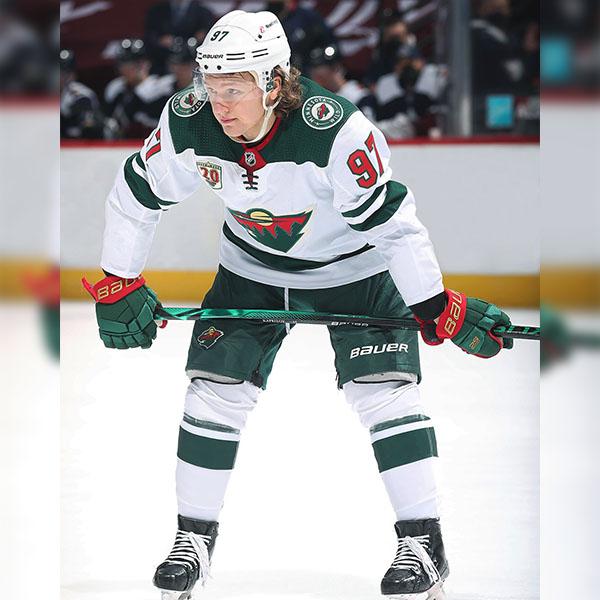 Kirill “The Thrill” Kaprizov has not only taken the Minnesota Wild by storm this season but the entire NHL as well. After breaking the Wild’s rookie record with 51 points (previously held by Marian Gaborik with 36 points) this season, the rookie winger has his sights on the Calder Memorial Award. This award is given to the NHL’s rookie of the year.

This season the three Calder Memorial Award finalists all played a tremendously large role in the success of their teams. First we have the Minnesota Wild’s phenom in Kirill Kaprizov who broke the franchise rookie record in goals, assists, and total points. Next there’s Dallas Stars left wing Jason Robertson who carried a banged up Stars squad. Robertson was second on the team in points with 45, second to only Joe Pavelski who finished with 51 points. Lastly Carolina Hurricanes goaltender Alex Nedeljkovic was magnificent between the pipes. He finished the regular season with a 15-5-3 (W-L-OTL) record. He also had a 1.90 goals against average.

Will Kaprizov win the Calder Memorial Trophy? We will find out during the NHL award ceremony.

Sat, Jul 17th, 2021 - 9:51am
Pat Micheletti tells us his thoughts on the MN Wild after the much anticipated buyouts