NDSU Football and Eastern Washington Will Kickoff The 2023 Season At U.S. Bank Stadium 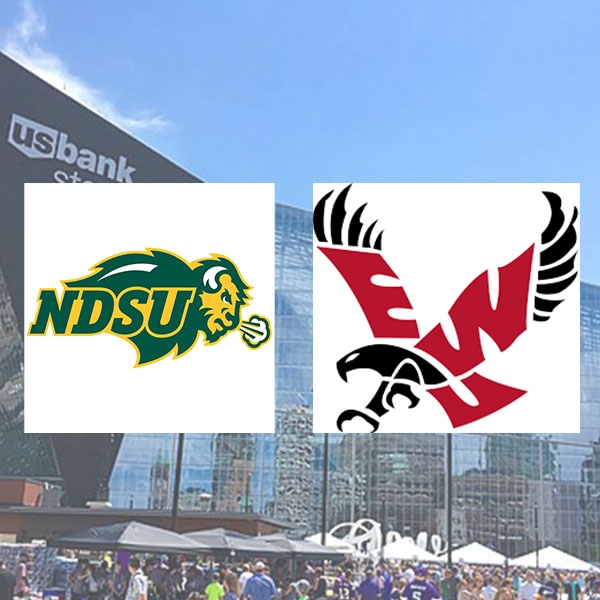 Two NCAA Division I Football Championship Subdivision powers will kick off the 2023 season in Minneapolis. NDSU will host Eastern Washington at U.S. Bank Stadium, home of the Minnesota Vikings. The game will be played on Saturday, September 2, 2023.

“We are excited to bring Bison football back to the Twin Cities in 2023,” said NDSU director of athletics Matt Larsen. “The opportunity to showcase our program at U.S. Bank Stadium and once again engage with alumni and fans in the Minneapolis-St. Paul area is very important to our student-athletes, athletic department and university.”

In 2019 the Bison opened the season against Butler at Target Field, drawing in 34,544 fans.

“I look forward to our fans once again taking over downtown Minneapolis and U.S. Bank Stadium in a sea of green and yellow,” said NDSU head football coach Matt Entz. “This is an exciting opportunity for our players and fans, and for our program to host an event in an NFL stadium.”