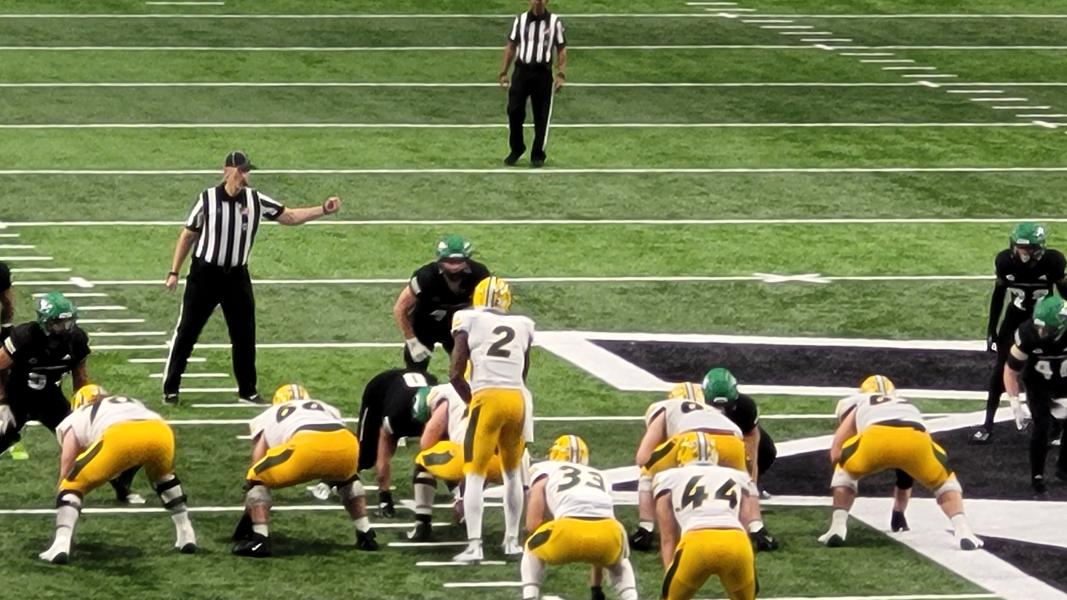 (Grand Forks, ND) — With more than 12,800 fans in the seats and a tailgate lot full prior to the game, UND Athletic Director Bill Chaves, Alerus Center General Manager Anna Rosburg and North Dakota Governor Doug Burgum are happy to see the matchup return to the Alerus Center in Grand Forks for the first time since 2003.

“It’s a great day for our state to have both programs ranked in the top 10 nationally,” Governor Doug Burgum told Flag Family Media in a text message. “(We) want to see both teams in the playoffs!!”

UND Athletic Director Bill Chaves praised the return of the matchup to the home of UND Football.

“It’s been 18 years,” he said. “It’s a generation that has not seen this game in Grand Forks so, you know, this is just exciting.”

Anna Rosburg, General Manager with the Alerus Center, says their facility was thankful to be the host of the matchup.

“It was incredible having the UND/NDSU rivalry back at Alerus Center for the first time in 18 years,” she said. “The energy in the building (and of course the tailgating experience) was unlike any other game and the arena was LOUD with excited Hawks and Bison fans throughout the building.”

With UND and NDSU being in the same conference, fans can expect the rivalry matchup to return to the Alerus Center every other year. The last three matchups were all held in Fargo, with the Bison dominating all three — winning 34-9 in 2015, 38-7 in 2019 and 34-13 last spring.

The return to the Alerus Center changed the feel of the rivalry.

“This is something that the state is going to look forward to,” Chaves said. “Whoever comes out on top here, you have 364 to celebrate it, or stew on it.”