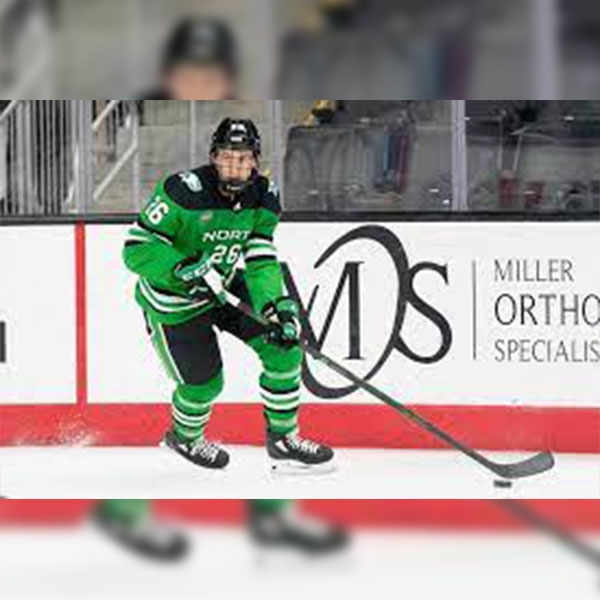 This season Sanderson only played in 10 NCHC games. Despite playing a limited number of games he was named to the All-NCHC Second Team. In conference play he racked up 12 total points on four goals and eight assists, while finishing with a plus-4 rating. He earned the NCHC Defenseman of the Week honor twice. Sanderson was also a finalist for the NCHC Defensive Defenseman of the Year, an award won by teammate Ethan Frisch.

The 2020 No. 5 overall pick finished his collegiate career with 41 points in 45 games over a two season span. UND finished with a record of 31-13-1 when Sanderson was in the lineup.

Sanderson is the first player this season to sign a professional contract from the University of North Dakota.