Will Former NDSU Star Christian Watson Be A First Round Pick In The NFL Draft? 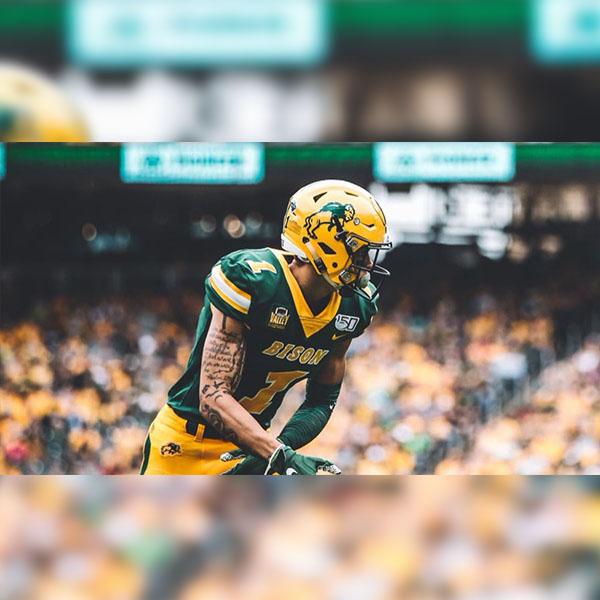 Former NDSU Bison standout wide receiver Christian Watson will be drafted by an NFL team this April, but where will he land? Will he end up in the AFC or NFC? Maybe the biggest question looming over this young man as the draft approaches is how high will he be drafted?

Many Bison fans think that Watson should be a first round pick and an NFL analyst agrees. ESPN Senior Writer Todd McShay has Watson going in the first round to the Tennessee Titans at No. 26 overall. McShay wrote that with the Titans cutting Julio Jones, Watson could be the big framed wideout that they’re missing. McShay likes his size and speed, writing, “Watson is a big target who brings a vertical element to the table.”

McShay isn’t the only analyst as of late that has Watson being drafted in the first round. NFL writer for Sports Illustrated Bucky Brooks also has him going in the first round in his latest Mock Draft 3.0. Brooks has Watson going No. 28 overall to the Green Bay Packers writing, “If the Packers break from tradition and add a pass-catcher in Round 1 for the first time since 2002, Watson could be the pick as a long, rangy player with speed and sticky hands.”

In 52 collegiate games with the Bison, Watson caught 105 passes for 2,140 yards and 14 touchdowns. Maybe the craziest stat is he averaged 20.4 yards per catch at NDSU putting on display the deep ball threat he can be many analysts are talking about. Watson can also be a threat rushing the football as he totaled 392 yards on the ground on 49 carries.

Based off of Watson’s physical abilities from pass catching, his size, and speed there’s no doubt that he could be a first round pick. With many teams looking for a wide receiver from the Tennessee Titans (No. 26), Green Bay Packers (No. 28), Kansas City Chiefs (No. 30), and others there’s a market for Watson to be taken in the top 32 picks.

The NFL Draft will take place from Thursday, April 28 thru Saturday, April 30.