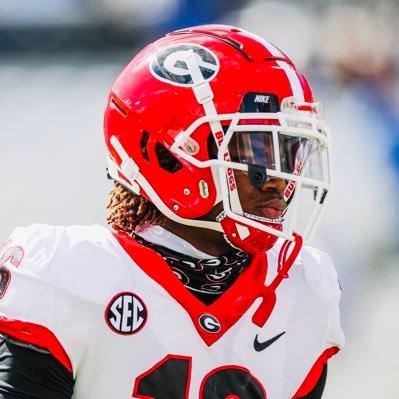 With pick No. 32 in the 2022 NFL Draft, the Minnesota Vikings select… Lewis Cine, safety, University of Georgia. Cine was one of the leaders on a historically good Georgia Bulldogs squad this past season. With the selection of Cine, Georgia broke the NFL record for defense players taken in the first round of a single draft. He also played a pivotal role in helping the Bulldogs secure the National Championship in January 2022.

The 6-foot-2-inch safety ran an official 40-yard dash time of 4.37. Cine has many strengths that should help him make an impact early in his Vikings career. He likes to hammer receivers to jar the ball loose, is able to switch from route to route in zone coverage, and plays with a high NFL grade IQ. Cine does have room to improve in areas that include his eye balance in coverage, taking more efficient angles in run support, and agility between his hips and feet.

In three seasons at Georgia he played in 39 games. Cine was all over the field racking up 96 solo tackles and 49 assisted tackles for a total of 145 tackles. In pass coverage he defended 16 passes and tallied 2 interceptions. Cine was named to the Associated Press All-SEC First Team, Coaches’ All-SEC Second Team, and a semifinalist for the 2021 Paycom Jim Thorpe Award, given annually to the nation’s top defensive back. He finished this past season with a team high 73 total tackles.

Once team camp begins Cine will be working with All-Pro safety Harrison Smith on a daily basis. Between his raw talent and help from Smith both on and off the field, Cine will be in a great spot to make an immediate impact for the Vikings.