The Fargo Force Have A New Head Coach 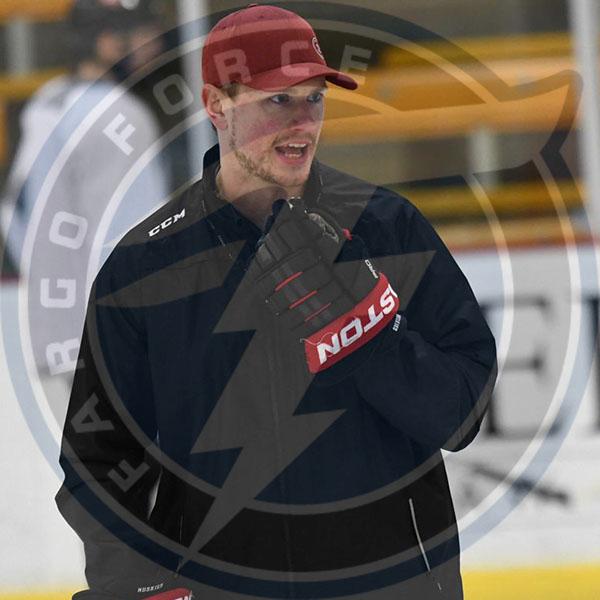 Oliver played for the Force from 2009-11 helping the franchise to its first Western Conference Championship and a second-place finish in the Clark Cup Finals. In his second season in Fargo he served as an Alternate Captain.

After his time playing in the USHL, Oliver played Division I College Hockey with the St. Cloud State Huskies. He served as an Alternate Captain as a junior and team Captain in his senior season. During the 2012-13 season Oliver led SCSU to a WCHA regular season championship. He also helped the Huskies to the program's first trip to the NCAA Division I Frozen Four in 2013.

Following his playing career Oliver transitioned to a coaching role. He began his coaching career in the USHL, serving as Assistant Coach and Director of Scouting for the Sioux Falls Stampede from 2015-18. In 2018 he headed back to St. Cloud State as the Assistant Coach for the past four seasons, helping lead the Huskies to an 81-44-9 overall record. During his time coaching St. Cloud State Oliver helped the program to its second NCAA Frozen Four appearance in school history, including the Huskies first-ever NCAA National Championship Game appearance where they fell to UMass, finishing the season as runner-up.

“My family and I are humbled and honored for the opportunity to be the next Head Coach of the Fargo Force,” said Oliver. He continued, “this organization has always been a special place for me and I’m excited to call Fargo home. I can’t wait to connect with our players and get started.”