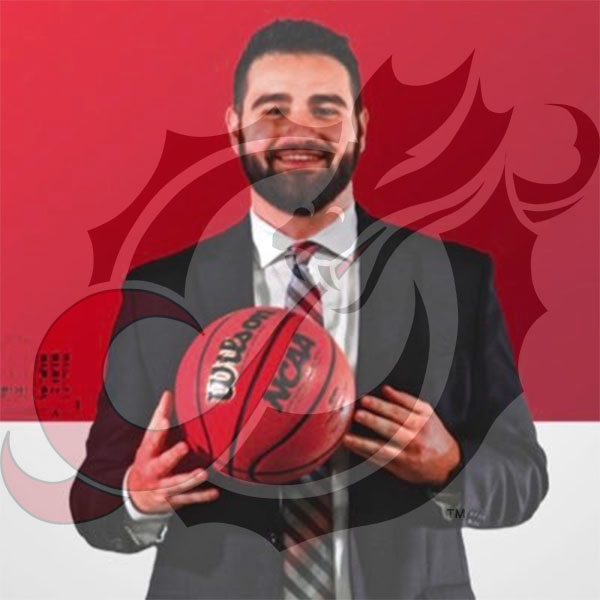 From 2018-21 Bland was an assistant at MSUM for the men’s basketball program. During his first stint with the Dragons, Bland helped MSUM achieve a 49-29 record. During the 2020-21 season MSUM reached the NSIC tournament championship game and qualified for the NCAA tournament, advancing to the round of 32. In Bland’s three seasons with the Dragons he helped six players earn All-NSIC honors, including Loranzo McGhee who was the 2020-21 NSIC Newcomer of the Year.

Head coach Bergstraser is ecstatic to get Bland back in the Dragons corner saying, "The MSUM program is Fired Up to get Spenser back to campus." He continued, "Spenser's work ethic, basketball IQ, competitiveness, recruiting efforts and connection with our current players make him the perfect fit. We've had success together on the sideline before and he's a guy that I have a lot of trust and respect for.”

Bland accepted a job as the University of Sioux Falls top assistant coach for the 2021-22 season before returning to the MSUM Dragons earlier this week.

He is ready to return to Nemzek Fieldhouse and help coach the Dragon men’s basketball program saying, "I couldn't be more ecstatic to return to MSUM and be a part of this incredible university and community once again." Bland continued, "I am incredibly thankful for the opportunity to work alongside Coach Bergstraser as a part of his inaugural staff as he leads the Dragon men's basketball program into a new era. Getting the chance to come back to a place that has done so much for me in my coaching career is special, and something I do not take for granted. Nobody is more ready or deserving of this opportunity than Coach Bergstraser, I cannot wait to eagerly support his vision and plans for Dragon Basketball. We will work tirelessly to build on the foundation and legacy that Coach Walthall has left behind, as well as push the program to new heights."

Bland earned a Bachelor’s Degree in Media Communications from Bethel University in 2017. The Plymouth, Minn. native earned his Master’s Degree in Educational Leadership from Minnesota State University Moorhead in 2019.