The Minnesota Timberwolves Have A New President Of Basketball Operations! 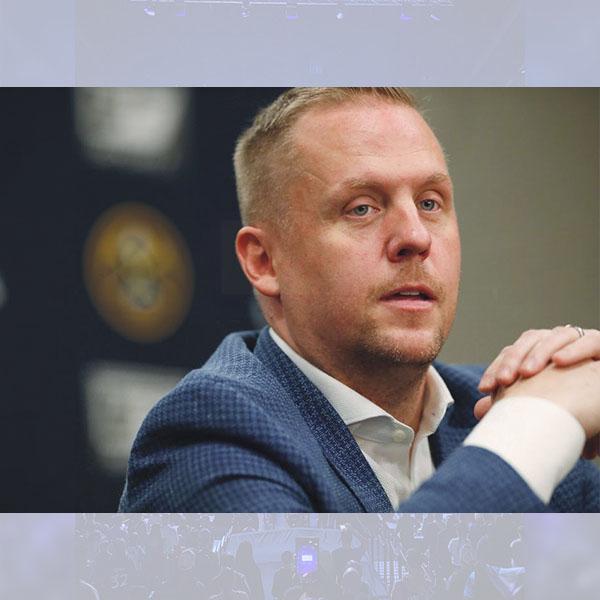 This deal will not only make Connelly one of the highest compensated executives, but also one of only a handful of league executives that have ownership equity in a franchise.

Connelly met with current minority owners Alex Rodriguez and Marc Lore last week to discuss a potential deal. On Saturday Connelly flew into Minnesota to meet with current majority owner Glen Taylor. Connelly’s representative, Andy Miller of Klutch Sports, also made the trip to Minnesota and finalized the terms of the deal on Monday.

After being announced as the Timberwolves' new President of Basketball Operations, Connelly expressed his pleasure with joining Minnesota saying, "My family and I couldn't be more excited to join the Timberwolves organization." He added, "I appreciate Glen, Becky, Marc and Alex's confidence in me to lead this organization and I can't wait to get to work to build an elite franchise that our fans can continue to be proud of."

Connelly originally took over in Denver in 2013 when he replacedMasai Ujiri, who left the Nuggets for the Toronto Raptors. Since taking over in Denver, Connelly drafted a core of players that have turned the Nuggets back into a Western Conference contender. He drafted players that include Michael Porter Jr., Jamal Murray, and two-time reigning NBA MVP Nikola Jokic.

This season Minnesota reached the Western Conference playoffs as the seventh seed, losing to the Memphis Grizzlies in six games in the conference quarterfinals. Connelly will be working with a pair of former No. 1 overall picks in Anthony Edwards and All-Star center Karl-Anthony Towns as he tries to help lead the Timberwolves to an NBA championship.