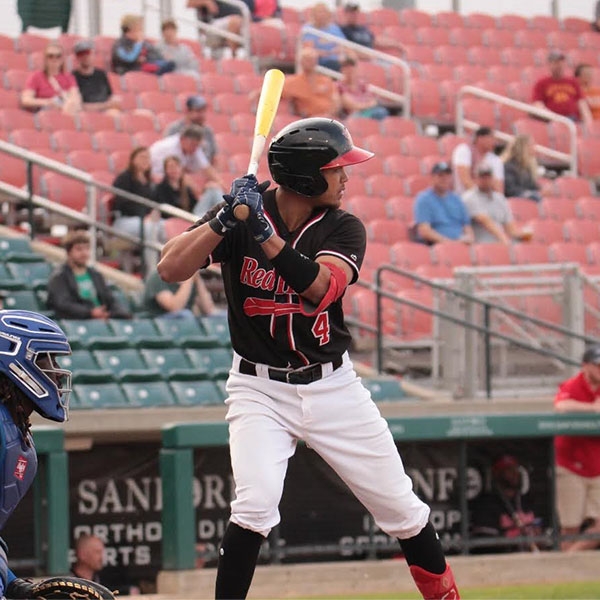 Fargo-Moorhead RedHawks infielder Leo Piña has been named the Pointstreak Batter of the Week for the week of June 12-19 the American Association of Independent Professional Baseball announced.

This past week Piña played in six games while going 14-for-27 (.519 batting average) at the plate. He also tallied three home runs, five total extra base hits, and seven RBI. The RedHawks went 5-1 throughout the week and currently have the best record in the American Association standing at 23-10. This is the second straight week a RedHawk has been named the Pointstreak Batter of the Week with Drew Ward earning the honor on the week of June 5-12.

RedHawks manager Chris Coste knows Piña’s importance to the everyday lineup saying, “Leo has been a big part of our offense for several years now and during that time he has earned the reputation as one of the toughest hitters in the league. When the game is on the line, nobody gets more hits than him.”

The RedHawks (23-10) are beginning a four-game series at the Lake Country DockHounds (14-20) beginning tonight at 6:35 p.m. in Oconomowoc, Wisconsin.