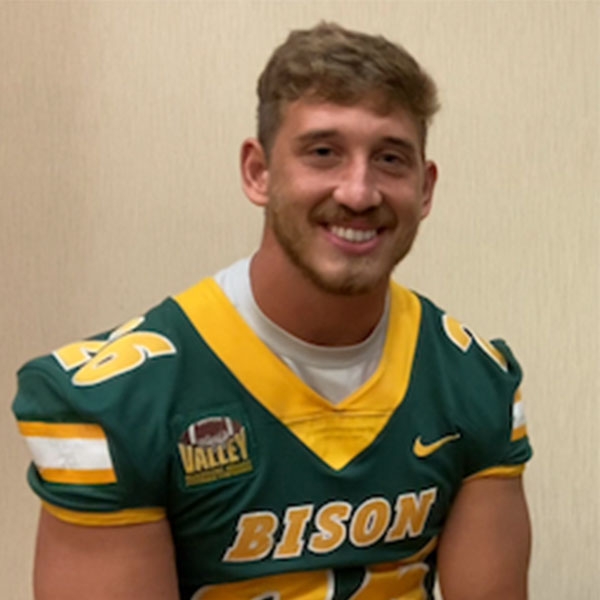 North Dakota State senior linebacker James Kaczor has been named the Missouri Valley Football Conference (MVFC) Defensive Player of the Week on Monday, Nov. 14. This is the second time Kaczor has earned the conference defensive player of the week award in his collegiate career.

He racked up a game and career-high 14 tackles, including nine in the first half of Saturday’s 21-18 road victory over Southern Illinois. Kaczor also made an impact on special teams, recovering an onside kick with 37 seconds remaining in the game to preserve the win.

The St. Cloud, Minn. native currently leads NDSU with 64 total tackles and is second on the team with 4.5 tackles for loss.