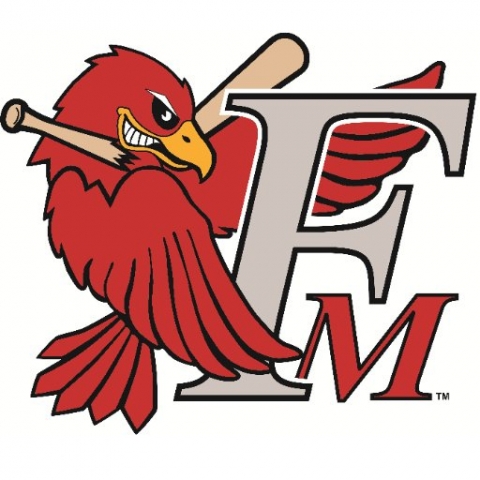 The Fargo-Moorhead RedHawks scored six runs in the top of the ninth inning to rally past the Wichita Wingnuts 8-5 on Wednesday afternoon at Lawrence-Dumont Stadium.

The Wingnuts (30-20) entered the ninth inning leading 5-2, and handed the baseball off to closer Daniel Tillman (1-3) for the save opportunity. Keury De La Cruz trimmed the lead to 5-4 with a two-run homer, then Fargo-Moorhead (27-23) put two on with two out for Brennan Metzger. With the count 0-2, Metzger lofted a pop up to shallow right field that was lost in the sun and dropped in for an RBI single that tied the game at 5-5. Devan Ahart followed with an RBI single to put the RedHawks in front, then Charlie Valerio blew the game open with a two-run double for the game’s final margin.

Reese Gregory (3-2) picked up the win by tossing three scoreless innings in relief for the second consecutive day.

The Redhawks scored a run in the top of the first, to take an early lead before Wichita struck back for three in the bottom of the inning against RedHawks starter Sebastian Kessay.

Fargo-Moorhead now has an off day, for the first time in 17 days and will open a four-game weekend series with Sioux Falls.