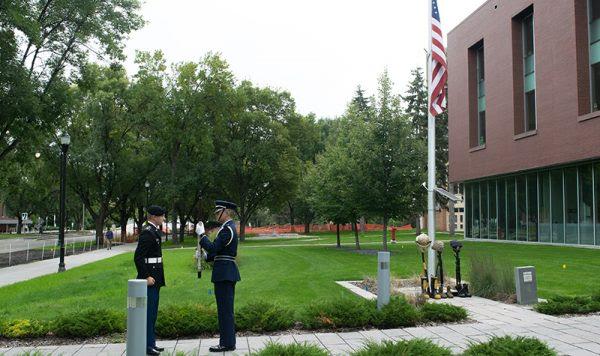 (Grand Forks, ND) -- The University of North Dakota going the extra mile to honor those lost during the terror attacks of 9/11 on it's 20th anniversary.

A ceremony will take place near the northeast entrance of the Memorial Union Friday, September 10th with all members of the UND and Greater Grand Forks community invited to attend

"Sept. 11, 2001 stands among the most infamous days in American history," said UND in a press release to WDAY Radio. "This week, we will observe 20 years since the terrorist attacks on America — from the Twin Towers to the Pentagon to the rural fields of Pennsylvania."

At 11:30 a.m. Friday, an on-campus observance is planned, led by UND Student Body President Kaelan Reedy, Student Body Vice President Dawson Dutchak and President Andy Armacost. The event will take place near the northeast entrance of the Memorial Union, near the exterior flag poles. All members of the UND and Greater Grand Forks community are invited to attend.