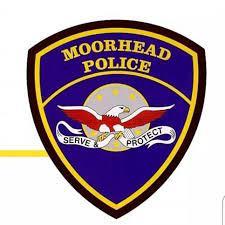 11:45 p.m. update: (Moorhead, MN) -- The Moorhead Police Department says that the two children reported missing earlier this evening have been found safe in Minneapolis. A news release from Moorhead Police says the case is still very active, and when the investigation is complete, the case file will be forwarded to the County Attorney's Office for appropriate charges.

ORIGINAL STORY: (Moorhead, MN) -- The Moorhead Police Department is asking the public's assistance locating two children removed by their non-custodial parent this evening. The suspect was last seen driving a blue 2004 Chrysler Town and Country van spray-painted blue with light blue on the back. The license plate is MN ESK673.

At approximately 5:30 pm, officers were called for a biological father who was having a supervised visit at the children's current home when he took the two children without permission. At this time, it is not known the location of the father or children.