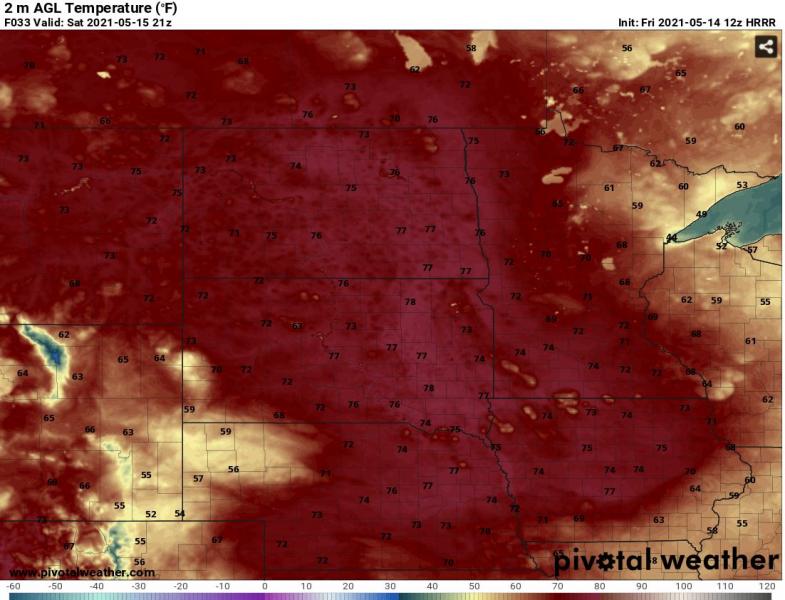 This year Minnesota walleye opener will be a fairly nice one! Temperatures will top out in the lower 70's over lakes country and mid to upper 70's through the valley and central ND with calm winds between 5-10 mph. There is a very slight chance for a couple of scattered showers (mostly eastern ND and northwest MN) but if any actually form/pop up... will be short-lived. Much of the area will have mostly sunny to partly cloudy skies; It will be a perfect day out on the water or anything outside! Partly cloudy skies will continue into the evening and overnight with winds remaining around 5-15. Low temperature will bottom out in the mid 40's to low 50's. 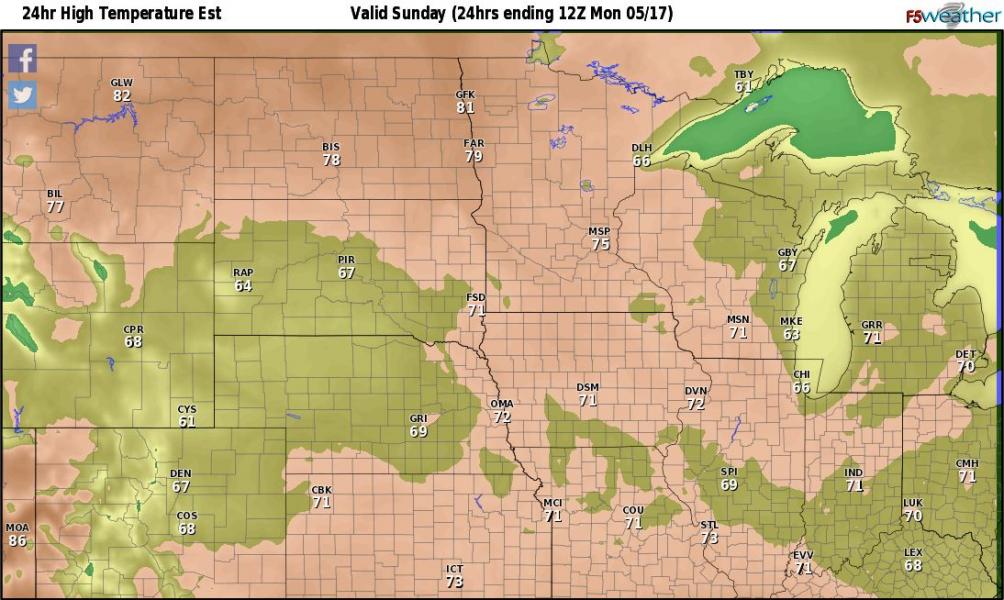