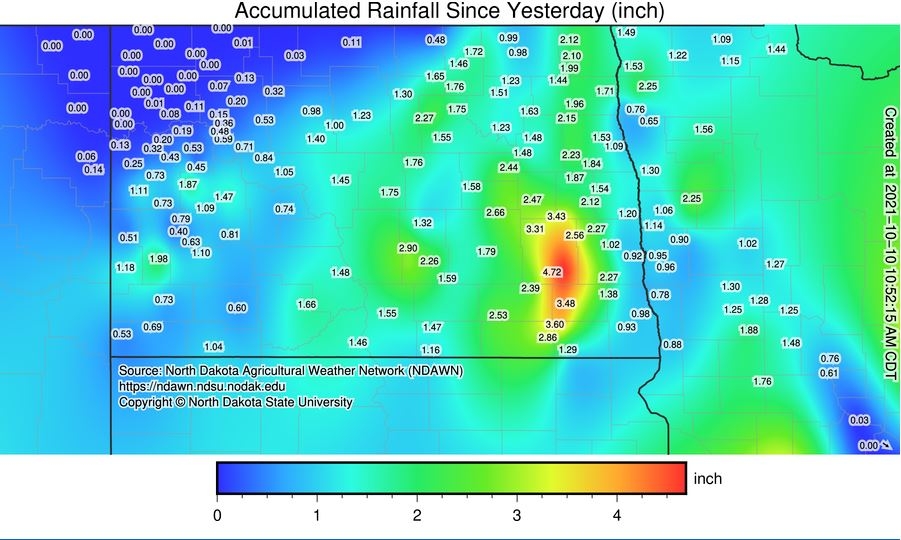 Quite a bit of rain fell yesterday with numerous warnings ranging from flooding to tornados! As a line of storms developed in South Dakota, they track northeast into the southern valley and western Minnesota. Many severe thunderstorm warnings were issued on this segment of storms for damaging wind gusts recorded at 70+ mph! Four brief tornadoes were reported from the line of storms as well. Two were in South Dakota, one in southern North Dakota, and one in Minnesota. Damage reports and ratings are being evaluated on these brief tornados, but they will likely be rated very weak due to limited to no damage done to structures. Bad weather came close enough to the Fargo metro to jump on live coverage but as storms reached closer to Fargo they began to weaken as expected due to a less favorable environment. The far southern valley was hit the hardest, with strong winds and a possible brief tornado.

Quite a bit of rain came with the storms last night as well! Fargo/Moorhead picked up about an inch of rain. The higher amounts were out to our west where a flood warning was issued. Localized areas picked up close to 5 inches of rainfall with widespread 1-3 inch rainfall in eastern ND. Check out NDAWN rainfall reports above!

As low pressure has parked over the F/M area winds have remained from the south this morning with additional rain to our west. This low will pick up speed through the day and exit to our east. As this happens, winds will pick up out of the WNW between 10-20 mph, with gusts as high as 35 mph at times through the late afternoon and early evening hours. We may experience a few leftover showers passing overhead as the low exits our area.

Behind this large low is cooler weather than we've been used to. Temperatures will be stuck in the 60's to 50's through the coming week! Monday will be the pick day of the week with sunny conditions and slightly breezy winds, a few more clouds on Tuesday, and a little cooler. Tuesday night into Wednesday morning, another large-scale weather system will push into our area. Bringing with it windy conditions and more widespread rain! Similar to yesterday's rain. The rest of the week looks mild with little to no chance for additional rain.

Sunday: Winds will switch from WNW through the afternoon between 10-20 with gusts as high as 35 mph at times in the late afternoon. We reached our high already today but will hit a secondary high of 59, with a 30% chance for a couple of scattered showers.

Monday night: Some increasing clouds with a low near 50. North winds between 5-15 mph.

Tuesday: Another slightly breezy day with 10-20 mph winds from the north and partly cloudy skies. A bit cooler with a high near 58.

Tuesday night: Overnight another large-scale low is forecasted to track into our area. This will bring in windy conditions with 10-25 mph from the SW, a low near 50.

Wednesday: Widespread rain and windy! Winds will be from SE then SW between 20-30 mph, may see gusts approaching the 40's+ (direction and speed of wind gusts may change based on the positioning of the low. A high near 56.

Thursday: 30% chance for a few leftover showers, still breezy with 10-25 mph winds from the WSW. Cloudy with a high near 50.

Friday: Partly cloudy a high near 50. 20% chance for a light shower.

Weekend: Temperatures in the mid 50's with partly cloudy skies. 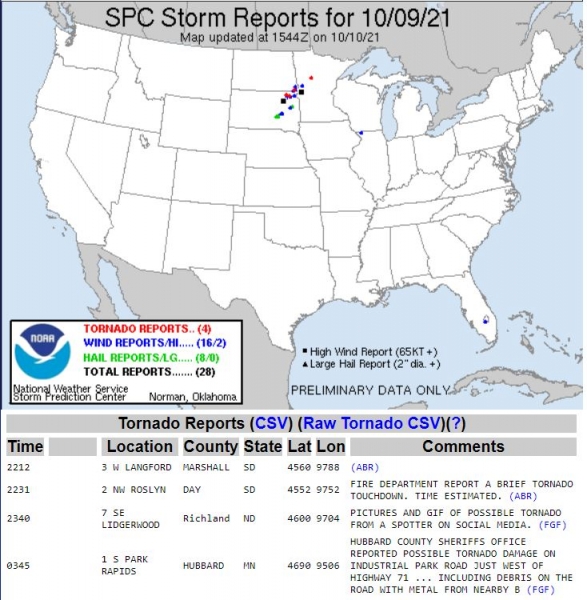