A Mild End To The Week & Longest Lunar Eclipes Of Century 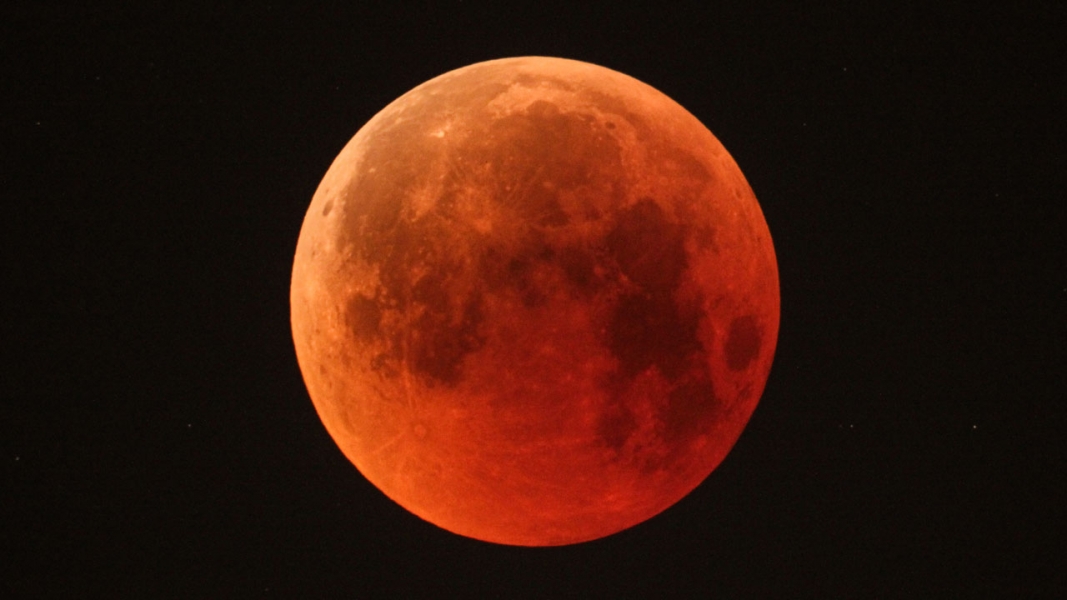 Windy conditions will continue for Wednesday, with WNW winds between 20-30 mph gusting into the 40 mph range. Therefore, a wind advisory remains in effect for eastern ND (Red River Valley) until 6:00 PM 11/17/21. Even though the wind advisory ends, we will remain blustery tonight with decreasing clouds and a low in the 20's. Thursday will bring us more sunshine, but we stay chilly and breezy. Winds will be from the NW between 15-30 but lightening up through the day with partly cloudy skies and a high in the upper 20's. We warm up into the upper 30's for Friday with increasing clouds and a breeze between 10-25 mph from the SE. Winds lighten up for Saturday but return on Sunday, giving us another windy day with a slight chance of light snow Sunday morning.

Lunar Eclipse Of The Century

The longest near-complete lunar eclipse will occur early Friday morning. It lasts a whopping 3 hours and 28 minutes. You will have a slight chance of seeing it due to cloud cover across the area, but we may see it around the F/M metro. Attached below is expected cloud coverage around the peak of the eclipse. (This is sure to change but mostly cloudy skies are expected.)

The eclipse will begin at 1:18 AM Friday. You will see a noticeable darkening of the moon by 2:00 AM, and the peak of the eclipse will occur at about 3:00 AM-Central time. The eclipse will then conclude at 4:47 AM, just about 3 hours before sunrise.

Wednesday: Mostly cloudy, with falling temperatures through the day. WNW winds 20-30 gusting to 45 mph, with windchill in the teens.

Wednesday night: Decreasing clouds and blustery. WNW winds 15-30 mph with a low near 24.

Thursday: Partly cloudy and breezy. A high near 29, NW winds between 15-25mph

Friday: Partly sunny/mostly cloudy and mild with a high near 37, SE winds between 10-25 mph.

Saturday: Partly cloudy, with light winds between 5-15 from the NW. A high near 32.

Next week: There is a brief warm-up for Tuesday of next week, where it looks like it will warm up into the 40's on Tuesday, but then temperatures cool down with highs in the 20's to end the week with some overnight lows in the single digits. Along with that, it still looks like another storm system may develop through the Midwest, which may bring traveling difficulties around thanksgiving. 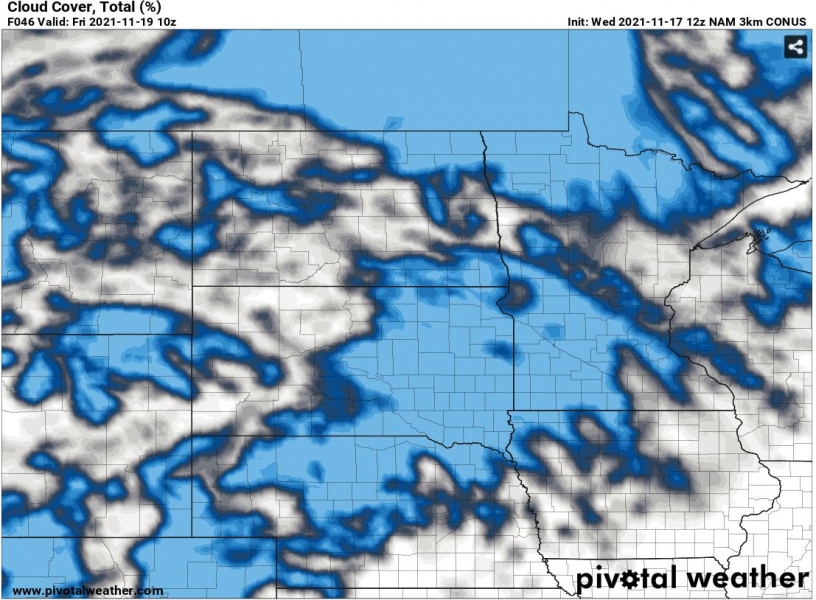