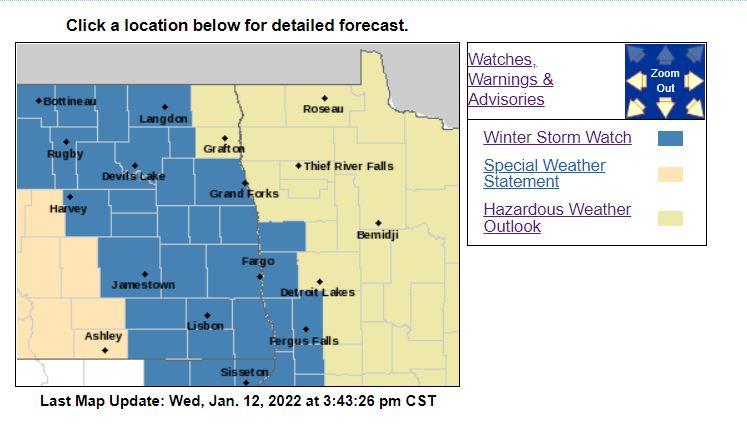 A winter storm watch has been issued across eastern ND. This watch goes into effect Thursday evening until Friday night. Winter weather advisories and warnings are likely to be issued tomorrow. Check back tomorrow morning for updates as I suspect there might be a change in the storm system. This information will not be revealed until the storm, which is located off the west coast comes onto land Wednesday night into Thursday morning.

A breezy day is expected for Thursday with falling temperatures into the teens through the afternoon. Snow enters the area Thursday night and stretches through Friday. Except traveling difficulty from some drifting snow, reduced visibility from falling snow (heavy at times), and slippery roads and snow-covered roads for your Friday morning and evening commute or travel plans. Wind won't be as strong as the last couple of systems so blowing snow won't be the main concern as it has been with the last couple of storms.

3-6 inches of snow looks likely for the Fargo, Moorhead metro. Lesser amounts to the east. Higher amounts 5-8+ to the west of Fargo. Where exactly the heaviest snow sets up, still a little uncertain on the exact path, but it looks to be within the central to eastern ND (hence the winter storm watch).

Attached below is the latest national blend of models, expected snowfall through Friday. Notice how tight the snow gradient is over Fargo, even a slight deviation in the expected storm track will alter snow totals. 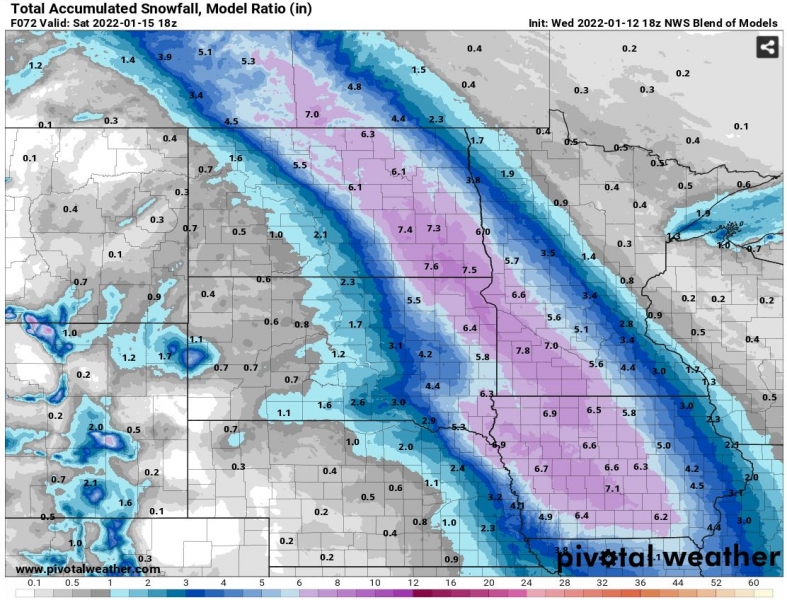