The LRC And What It Says For Us Into Spring 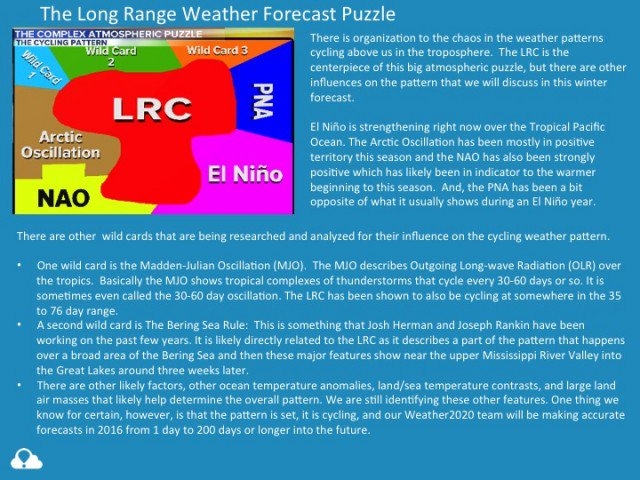 We talk about the LRC a lot on WDAY and Flag Radio to predict what weather will be like and when storm systems may arrive months in advance with great accuracy. But what exactly is the LRC?

The LRC or Lezak Recurring Cycle has been coined after chief meteorologist Gary Lezak from KSBH 41 in Kansas City. Gary has been developing and revising this long-term forecasting technique for the past couple of decades. Gary has used this technique and proven its accuracy repeatedly! He has also written a published paper on his work linked here if you care for a lengthy but interesting read on the LRC. You can also visit his website here, Weather20/20. If you are interested in his service and products, let him know that we sent you, and you can get a consultation and or a demo!

The LRC is the order in the chaos we know as the atmosphere. It is only one piece but a significant piece in the puzzle to forecasting, especially in the long and ultra-long term range. Every fall roughly around October 6, a new mid-level atmospheric pattern or cycle begins. This cycle may share similarities to other cycles in the past, but it is something new and unique every year. This cycle lasts on average somewhere between 40-60 days but could also be as short as 30 days or as long as 75 days. This pattern will then "repeat" itself with subtle differences between each cycle, every set number of days based on the length of the cycle until a new cycle forms the following fall.

As just mentioned, it is not cut and paste. The LRC is oversimplified to explain, but it is a very complex technique and constantly evolving. There are differences in each cycle based on different influences that act on the LRC that give us slight variations. Key influences of the LRC include (but are not limited to) El Nino/La Nina patterns, harmonics, and the Arctic and North Atlantic oscillation cycle (polar vortex). These influences and others will act on the overall LRC pattern and give us our subtle differences from cycle to cycle. For example, where the storm systems track. Overall, storm systems most always reappear from cycle to cycle, but where they track, and the strength will generally change. The more robust a system is, the higher the probability of another robust system in the following cycles.

This year's LRC cycle is averaging out about 63-64 days. It is oscillating in a 62-66 day range but usually falls closer to 63.5 days. Meaning about every 63-64 days, the cycle "repeats". Let's look at a couple of examples here. On October 13, 2021, just a few days into the first cycle. We got hit with a strong low that brought heavy rain and a tornado threat to the southern Red River Valley and heavy snow to western North Dakota. Sixty-three days later, we got hit with another powerful storm system that produced hurricane force wind gusts through the central plains and a tornado outbreak that reached into Minnesota and Wisconsin. See images 1, 2, and 3 attached below, showing these two storms 63 days apart. They look identical, but you can see the subtle differences in the track and the second storm being much stronger. So, according to the LRC, we would expect to see another storm system similar to this one to arrive around February 16. That storm is right on schedule. However, it is shifted much further south than in cycles 1 and 2. This is due to some of the LRC influences acting on the pattern that I mentioned earlier. Causing the storm track to be pushed more south and eastward, whereas, in cycles 1 and 2, it shot northward once it left the Rockies. The storm system is there, and it originates from the same area. It is just tracking differently.

Check out image 4 below. I made this prediction on January 10 for the potential for severe weather on February 16, just based on the previous LRC cycles. The Storm Prediction Center has now issued a slight risk for severe weather for portions of TX, OK, and AR (Image 5). It will be interesting to see how it evolves over the next couple of days. Even more, when “this returns” roughly 63 days later, around April 20th. Will it follow the path of cycles 1 and 2, or follow the path eastward as it is forecasted in cycle 3. Time will tell, but I have my suspicions that it may bring some issues to the central/northern plains again.

But what about our area, and what is to come for the rest of winter into spring?

We will soon see a change in the Weather pattern as we are beginning cycle number 3. Remember back to the Christmas time frame... we got about 17 inches of snow around the F/M area over a week. Well, that portion of the LRC is quickly approaching for the end of February. It is not guaranteed that we will see another 17 inches of snow or any at all for that matter. In cycle 1, the storms were there, but there wasn't any moisture to produce anything. In cycle 2, the storms were a touch stronger, there was plenty of moisture, and we got a lot of snow. I believe the moisture will be there but will have to wait and see how potent these potential storms are and how much moisture is available for them and how the storm's track. This time period will fall between the 22'nd of February and March 1, where we should see three systems. Two could produce some good snow totals, and only time will tell as we get closer to these events. Long-range models are already starting to pick up on the first storm system around the 22'nd of February. It's currently targeting more south into South Dakota and Minnesota, but it's showing early signs of being a good snowmaker and has been trending more north from run to run. This is still too far out to draw any conclusions, and a lot could and probably will change between now and then. It is promising though, that the models are picking up on it!

We will see a couple more clipper systems pass through the area until the "stormy" period to round out our February. One on Tuesday the 15th, another on Friday the 18th, and a third on Sunday the 20th. These don't look to bring much snow, but blowing snow could be the concern with windy conditions expected, especially for the 18th. Then we turn more active with a better chance of getting higher snow amounts through the end of February.

As we move through March, there are a few target dates! Overall, the up and down pattern of temperatures that we've seen most of this winter will continue with on and off windy conditions. I suspect we will see a couple of systems arriving around the 8th and the 11th of March, likely not significant events. Then a potential bigger system around the 17th or 19th and three more potential systems afterward between the 23rd and 31st of March, 1 or 2 could be bigger. Now, will these systems bring snow, rain, or a combination? Once again, those secrets will only be uncovered with time. This wet portion of the LRC should then “reappear” at the end of April and the beginning of May.

April looks wet and stormy. That’s not to say there won’t be some nice days and periods of dry weather. April will fall on the stormy end of cycle 3 and the stormy start of cycle 4. The potential for a couple of early severe thunderstorm setups look possible in April for the Central and southern Northern Plains according to the LRC pattern, but we would need to warm up quickly and melt off all the snow first for that to hold true here! A couple of the target dates include but are not limited to the 9-10th, 16th, the 20-21st, with a few minor systems sprinkled in through the month. The 9-10th and 20-21st could be more extensive systems. Across the central US, it looks like the 16th-24th of April could produce a few days of severe weather, then again towards the end of June. I suspect this year will be an active year for severe weather!

You know what they say, April showers will bring May flowers, and based on the LRC, I don't suspect we will need to worry about drought conditions this spring! On the other hand, the threat of flooding may become an issue if we get a couple of big hits to round out winter and a early warm spring. So let us hope for a gradual slow thaw to allow all this snow to melt and flow down the river first. 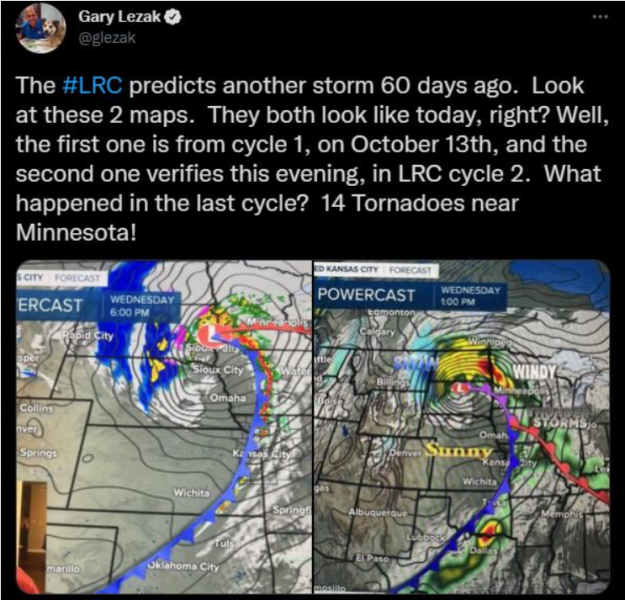 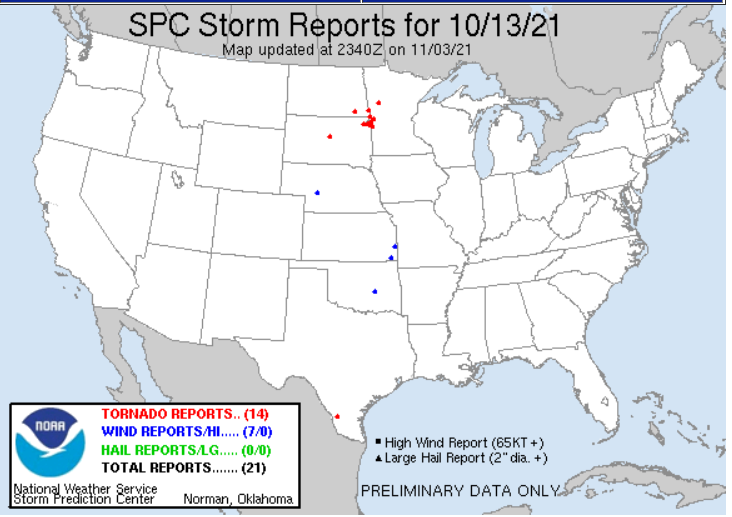 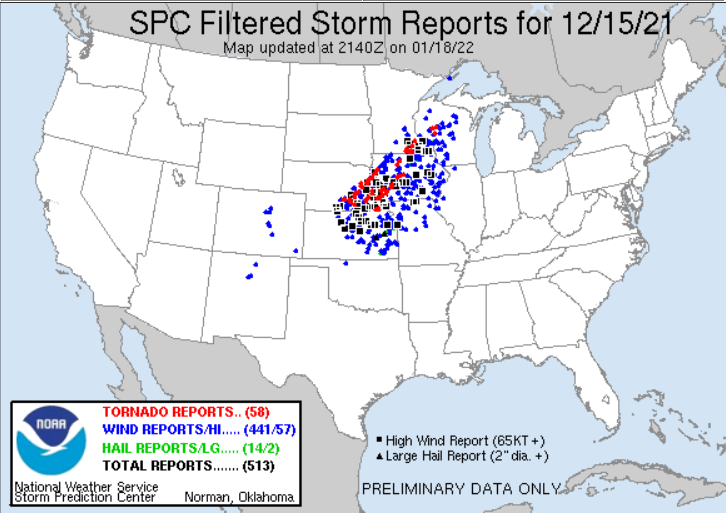 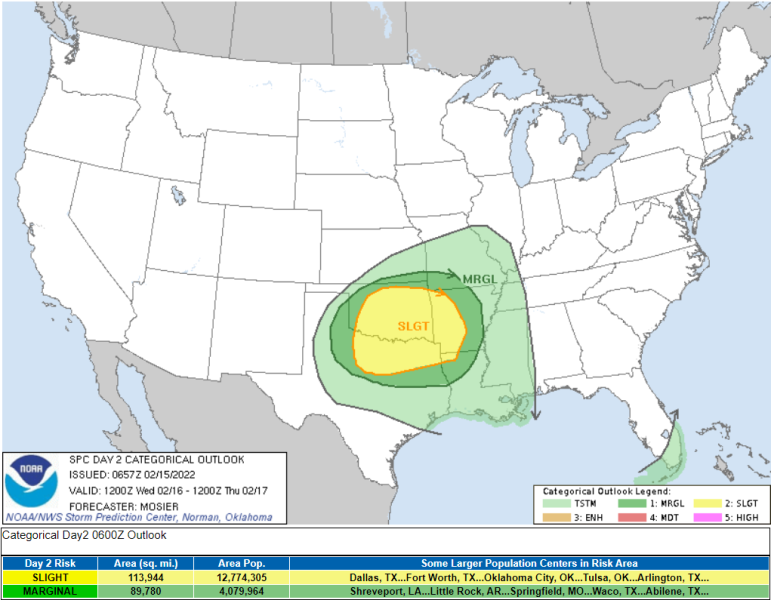