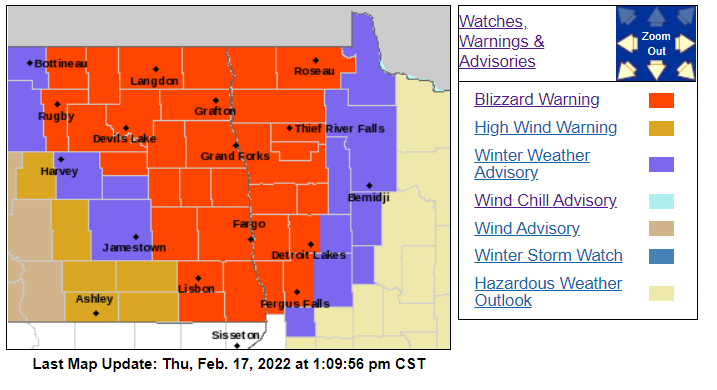 A blizzard warning has been issued across the Red River Valley into the Devils Lakes Basin from 6:00 AM Friday until 6:00 PM Friday. This is blizzard number 7 for the season; the record in a single season is 10, set in 96/97 and 2013/14.

Although the warning goes into effect tomorrow morning, areas of blizzard-like conditions and brief blizzard conditions are possible through tonight! Wind will be increasing through the overnight hours between 20-40 mph from the SSE, with some light snow showers tracking across the valley into Minnesota after dark into early Friday morning. Snow totals look light, likely less than an inch in the southern valley but localized areas around an inch or slightly more possible. Slightly higher amounts are expected in the northern valley and lakes country light dusting up to about 2 inches. See the image below for expected snow accumulation.

Friday early morning will see a brief break in the wind around the F/M area as a cold front rushes at us from the northwest. By early to mid-morning, say about 8-9:00 AM, the wind will start whipping from the WNW between 25-45 mph and gusting as high as 60 mph and even as high as 70 mph west of the valley. Whiteout conditions and near-zero to zero visibility are expected in the morning and afternoon, especially outside towns and cities. A few scattered snow flurries/streamers are possible throughout the day, with temperatures crashing through the teens into the single digits. Wind will lighten up Friday night but, unfortunately, return for Saturday, which may produce some more blowing snow with temperatures reaching into the 20's. 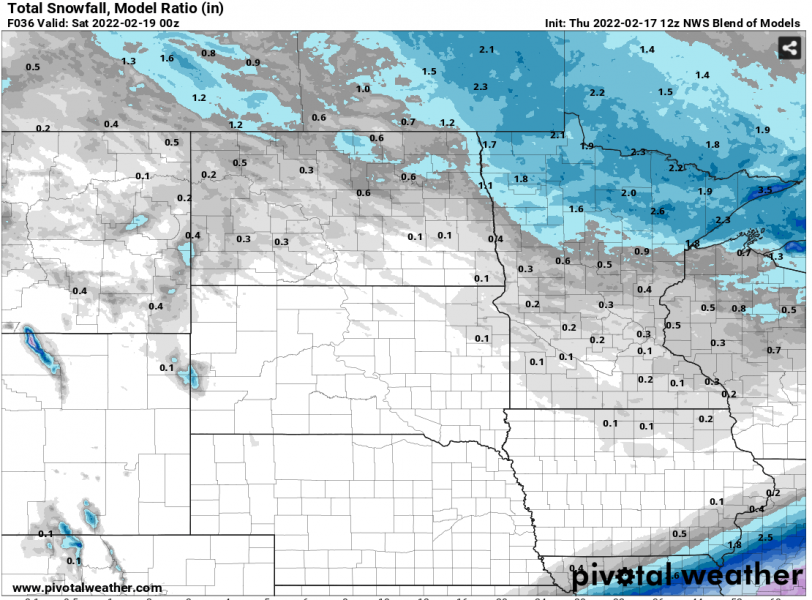