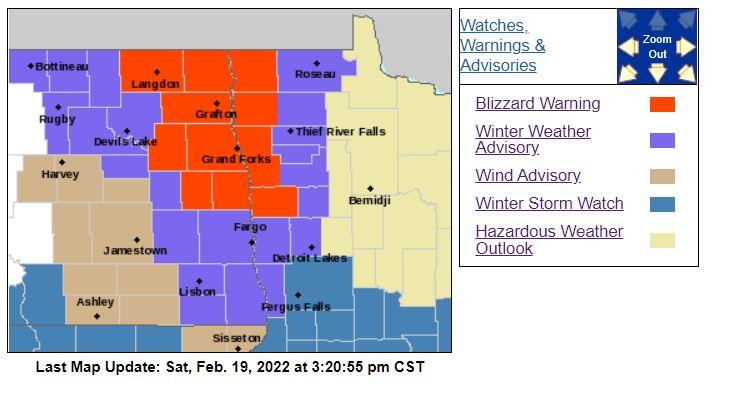 More impactful weather is expected for tomorrow and the rest of this afternoon. Today a winter weather advisory remains in effect across the Red River Valley for blowing snow until 6:00 PM. Winds will remain between 20-40 mph and gusting higher at times, creating reduced visibility up and down the valley. Wind will "lighten up" tonight between 15-30 mph, so the amount of blowing snow will lessen and become more just drifting snow. Overnight another cold front will push across our area, bringing more windy conditions and another blizzard warning to the northern and central valley. This blizzard warning is from 3:00 AM through 6:00 PM. The southern valley is not included in the blizzard warning, but blizzard conditions will be possible. Instead, a winter weather advisory goes into effect for the southern valley from 6:00 AM until 6:00 PM Sunday.

As the cold front barrels southward overnight, the wind will turn between 20-40 mph from the north. Snow showers will track mainly in the northern valley delivering 1-3 inches of accumulations, while the southern valley will see less than an inch to none. There may also be some patchy freezing drizzle through the central and southern valley, as temperatures will be close to or just above the freezing mark before the cold front passes. Temperatures then crash through the teens into single digits through Sunday. Expect blowing snow and drastically reduced visibility, especially within the blizzard warning area.

After Sunday, we turn our attention to Sunday night and Monday with another round of impactful weather and higher snow totals across southern North Dakota, South Dakota, and Minnesota. We have mentioned this storm for the last week of a heavy band of snow 6-12 inches with a sharp cut off to the north. This band looks to set up close to the North Dakota, South Dakota border then into Minnesota but has been showing a slight trend north. Let us focus on the next day and a half first while this Sunday night Monday storm comes more into focus as it makes its way on land.

Attached below is tonight into Sunday morning expected snowfall. 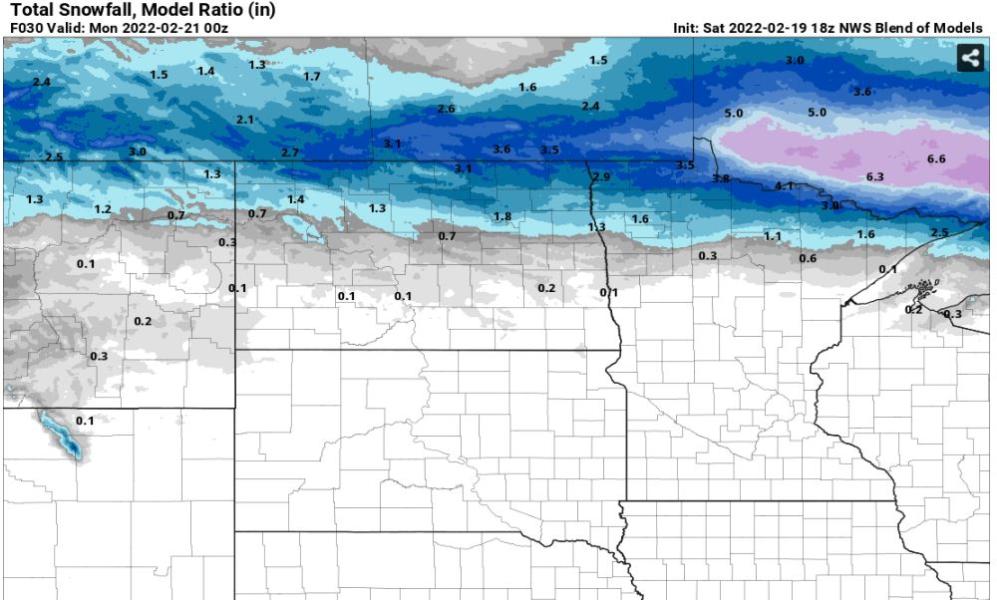