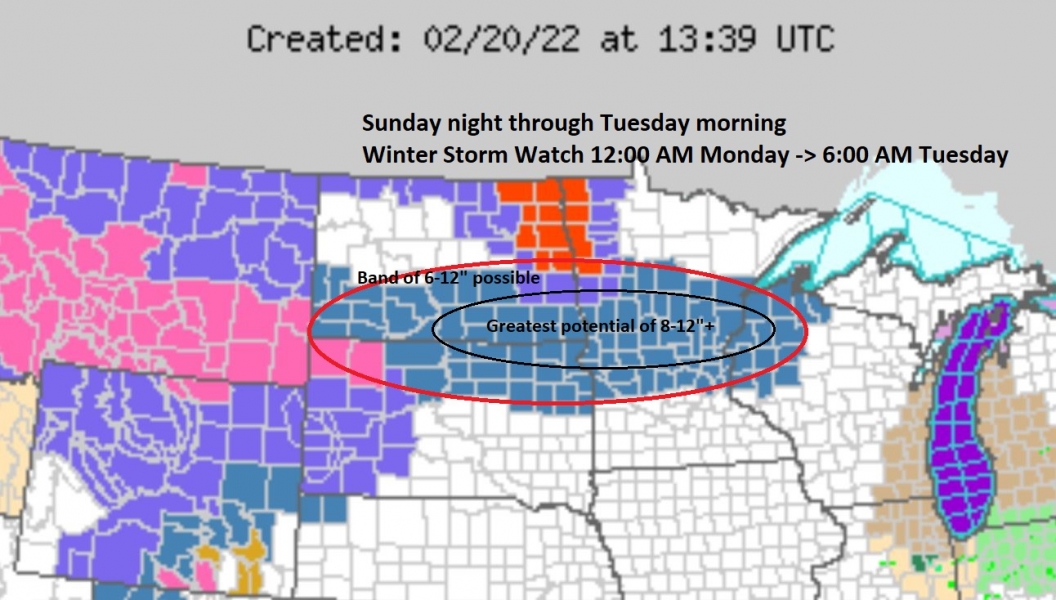 Blizzard conditions are ongoing this afternoon through the central and northern valley, with gusts as high as 50 mph from the north. Surrounding the blizzard warning remains a winter weather advisory for blowing snow. Both the warning and advisory remain in effect until 6:00 PM Sunday. Temperatures will fall through the teens into the single digits through the rest of today.

Tonight a Winter storm watch is in effect from 12:00 AM Monday (midnight tonight) until 6:00 AM Tuesday, for a band of snow 6-12+ inches across southern North Dakota, northern South Dakota, and Minnesota. This watch will likely be upgraded to a winter weather advisory and a winter storm warning. Near blizzard conditions are also a possibility. Snow will begin tonight and stretch through Monday on and off, with wind from the north between 15-30 mph and gusting higher at times. In combination with the strong wind and moderate to heavy snow at times, drastically reduced visibility from falling and blowing snow may produce blizzard to blizzard-like conditions from time to time. Plan on slippery roads, partially or completely snow-covered roads with scattered drifts. Reduced visibility from falling and blowing snow, as well as high snow totals of 6-12+ inches. Temperatures will be near zero Monday morning and gradually falling. Wind chills will be sub-zero in the dangerous category ranging 20-40 below through the day. It will only take about 10 minutes to get frostbite at -30. So if you run into problems on the roads and are stuck, call for help vs. looking for help!

Attached below are two models on expected snowfall. One is a short-range model (RAP), the second (NBM) is a blend of many models. Keep in mind these are just two possible outcomes. This system is still evolving, placement of the heaviest snow may slightly shift and exact snow totals. The image above shows the greatest potential for 8-12+ inches as of this morning but not limited to.

Be on the look for updates later today as warnings and advisory are issued for the area as well as snow totals! 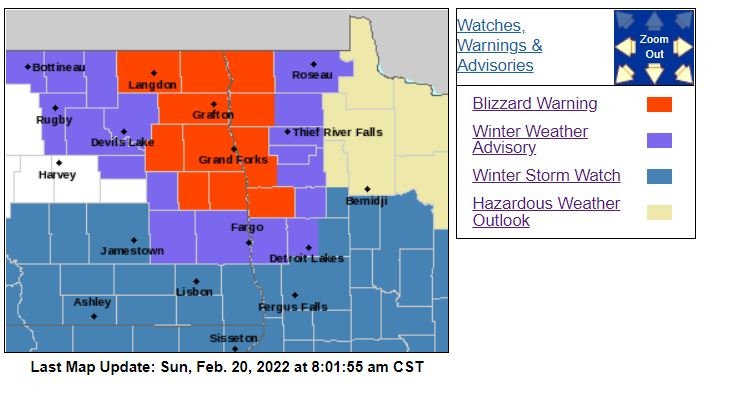 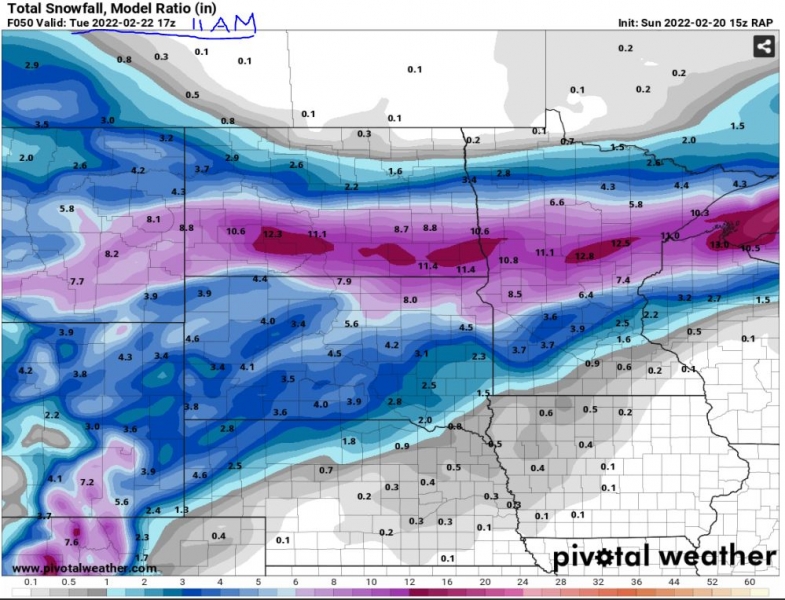 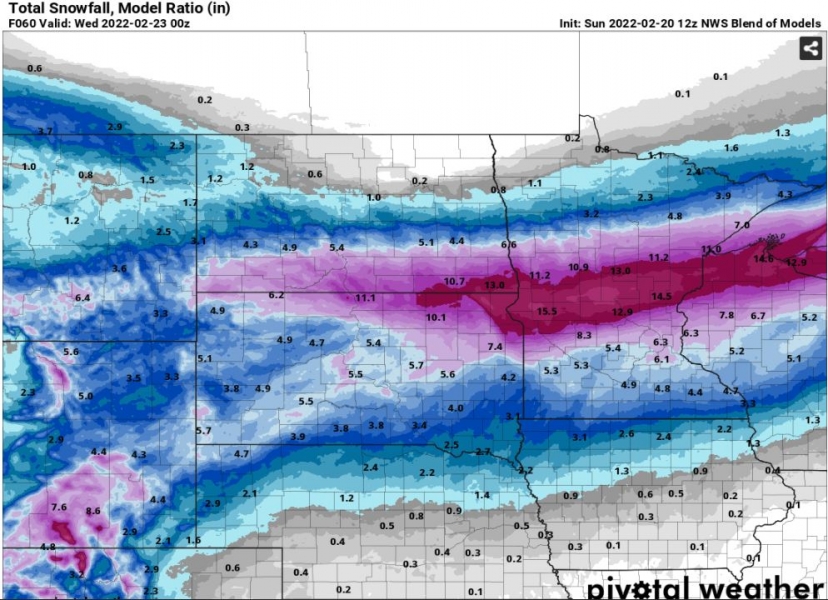