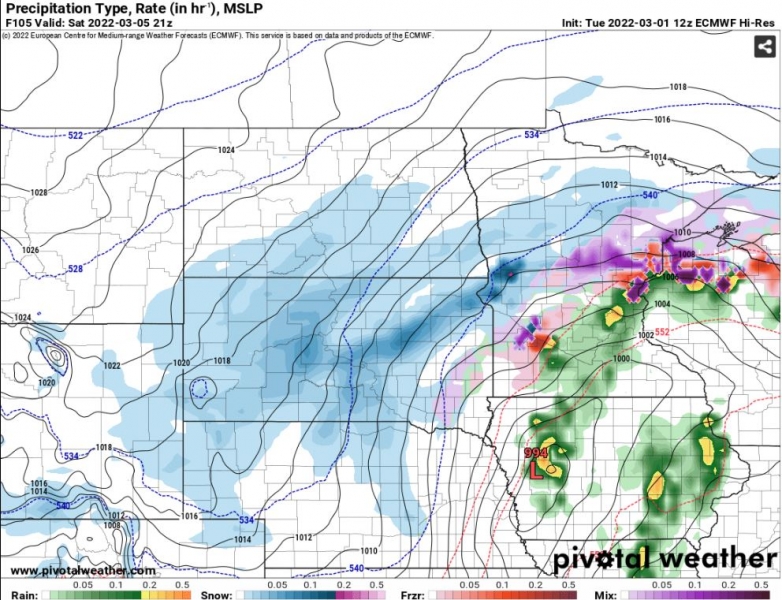 A few chances for snow and some patchy freezing drizzle are expected for the next couple of nights, which may make some of the roads around the area to be a little slick in the mornings. The main concern is a potential storm system Saturday.

In general, this week isn't the worst. It's a little on the chilly side, but it could always be worse, right? Mostly cloudy conditions to partly sunny skies will dominate the area for the rest of the week, with a few chances for light snow and patches of a wintery mix is possible for tonight, Wednesday night, and Thursday night. None of these look like a big deal. Little accumulation of snow is expected. Blustery for Wednesday with a high in the lower 20's, falling into the low teens through the afternoon, down to just below zero Wednesday night. The winds lighten up for Thursday. Temperatures will be in the teens warming into the lower 20's overnight. Breezy conditions return for Friday with highs in the upper 20's.

Now Overnight Friday, a stronger storm system will roll in off the Rockies and traject into our area. Heavy snow, ice, wind, and even the potential for some severe thunderstorms exist. Now the exact path of this storm is not set in stone, and where it tracks will significantly affect outcomes. Exactly what will happen still remains uncertain, but a potential and a more likely outcome will be some shovel-able snow with blustery conditions in the F/M area, the possibility for ice accumulation through central Minnesota with localized areas of moderate to high snow amounts, and the potential for a couple of severe storms in Iowa.

Keep in mind this storm system is still evolving and will change through the days to come. It is still too early to give exact outcomes or snow totals, so keep up to date on the forecast, especially if you have travel plans over the weekend! The two images attached are from the European and American GFS numerical models of this storm. 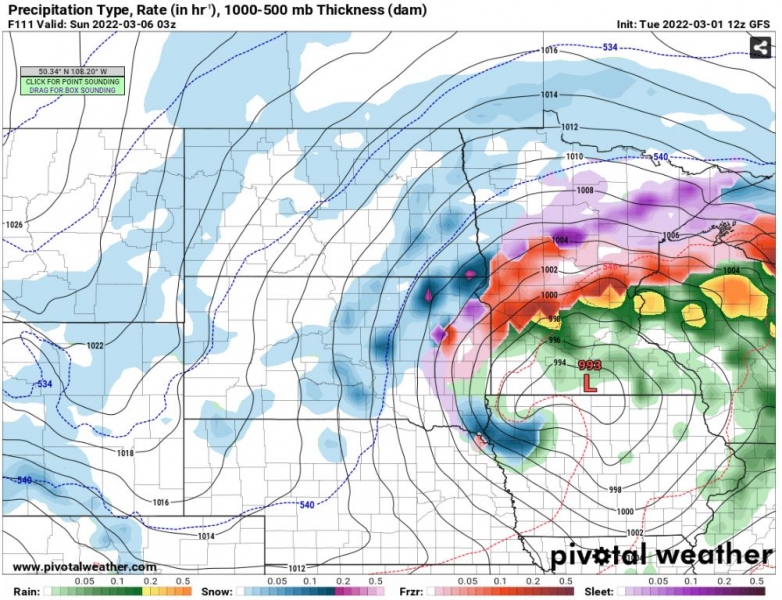