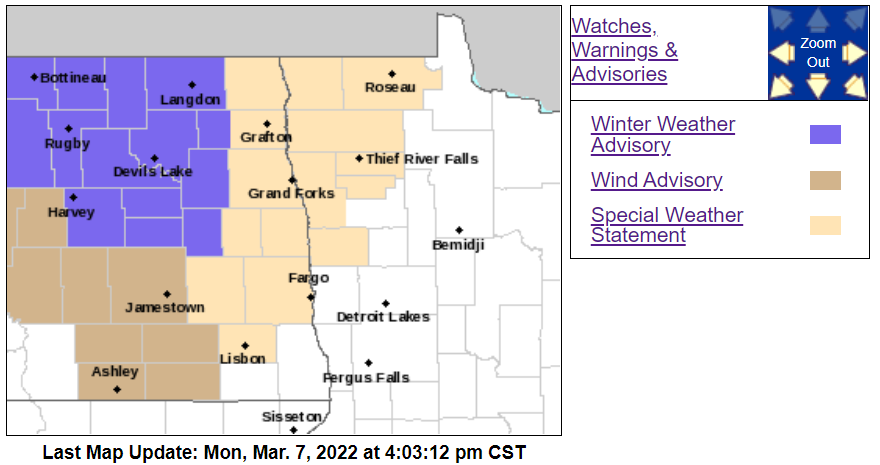 As another clipper system passes to our north through Canada tonight, a cold front will track across North Dakota Tuesday morning. Windy conditions will return with WNW winds between 15-30 mph and gusting up to 40 mph by mid-morning (slightly higher to 45/50 mph west of the valley). Mix in a few potential snow showers Tuesday, localized whiteout conditions, and reduced visibility down to a half-mile or less is expected. Thankfully most of the snow on the ground is basically locked in place from melting. However, what falls tonight and Tuesday will add to blowing snow tomorrow. Most of the area will see a half-inch or less, with a few localized areas possibly seeing up to an inch.

A winter weather advisory has been issued around the Devils Lake Basin and west for reduced visibility and strong winds. A wind advisory (gusts as high as 50 mph) south, and a special statement for the valley for strong winds and scattered snow showers producing periodical, reduced visibility down to a half-mile or less. It is possible that portions of the Red River Valley could be upgraded to a winter weather advisory with increasing confidence in snow coverage. Advisories are in effect from 6:00 AM CDT Tuesday to 6:00 PM CDT Tuesday.

Things to keep in mind for Tuesday and forward:

Strong winds with scattered snow streamers/showers will produce areas of blowing snow and reduce visibility to a half-mile or less at times. Roads may become slick or icy! Colder air then floods into the area to round out the back half of the week with highs in the upper single digits to mid-teens and overnight lows 0 to 15 below. 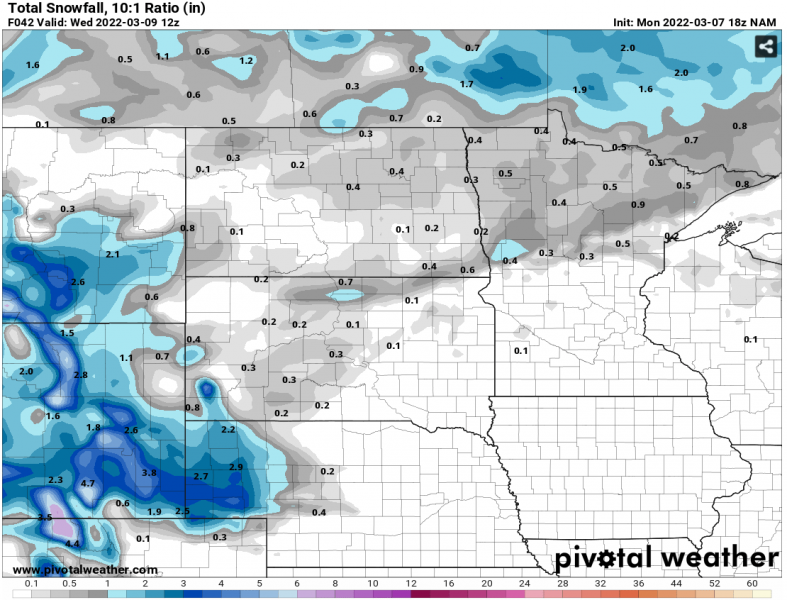