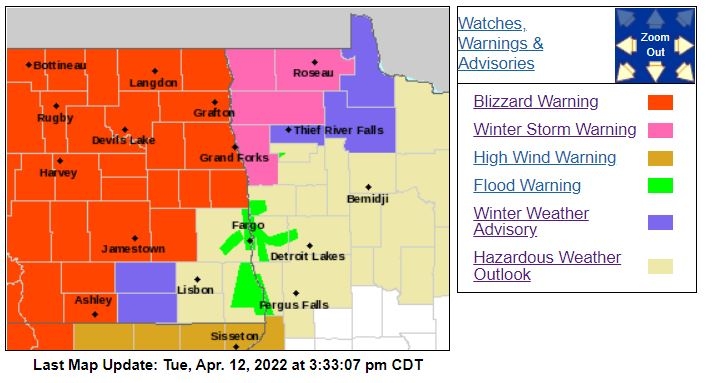 Winter storm watches have been dropped for Fargo/Moorhead. However, blizzard warnings continue to be issued west of Jamestown and around Devils Lake, where strong winds will mix with snow amounts up to 30+ inches! Warnings are from Tuesday to Thursday

Snow starts out west with strong wind Tuesday morning and continues into Thursday. Travel will not be advised and will likely be or be near impossible during the worst of this storm. Snow amounts up to two feet or greater are forecasted in the western and central portion of the state! Mostly rain for the valley into Minnesota. Even thundershowers and storms are possible Tuesday, with severe thunderstorms likely in Iowa and points southward (see attached severe wx outlook below).  Rain will turn over to snow in the northern valley while it is expected to continue as rain or wintry mix Tuesday night into Wednesday morning in the southern valley before the eastern ND into Lakes Country MN gets stuck in the dry slot of this storm. If that occurs, it likely will remain pretty dry with a couple of scattered rain/snow showers, possible Wednesday afternoon before wrap-around snow fills in Wednesday night with scattered snow showers into Thursday. It will turn quite windy with this storm, with 20-40 mph winds from the ESE on Tuesday and 20-40 mph winds gusting as high as 60 mph on Wednesday. Strong winds continue on Thursday, which may lead to or near blizzard conditions with scattered snow.

There is still a slight chance this storm could track slightly further south, bringing higher amounts of snow to the southern valley, but I just don't see that happening now. I give it about a 10% chance. I wouldn't be surprised if it even goes just a bit further west, which would lower amounts from Jamestown to Grand Forks and points east and south.

The heavy snow cut-off looks to be from Jamestown to Grand Forks. More to the north and west, lesser amounts to the south and east! The southern valley only looks to fall in a 1-3 inch range, while from Jamestown to Grand Forks falls more into the 6-12 inch range along a very tight gradient, more significant amounts west, much less east and south. The highest amounts are again found in the central and western portions of the state. Attached are some deterministic models on expected snowfall, but amounts will likely vary. The exact track of this storm is still not set in stone, and tonight and tomorrow morning's model runs will get a much better handle on the track and where the rain-snow line will set up as the storm entirely comes onshore. Circled on the snow maps is the area of highest uncertainty on snow totals due to the rain-snow line. Make sure to check back for additional updates! 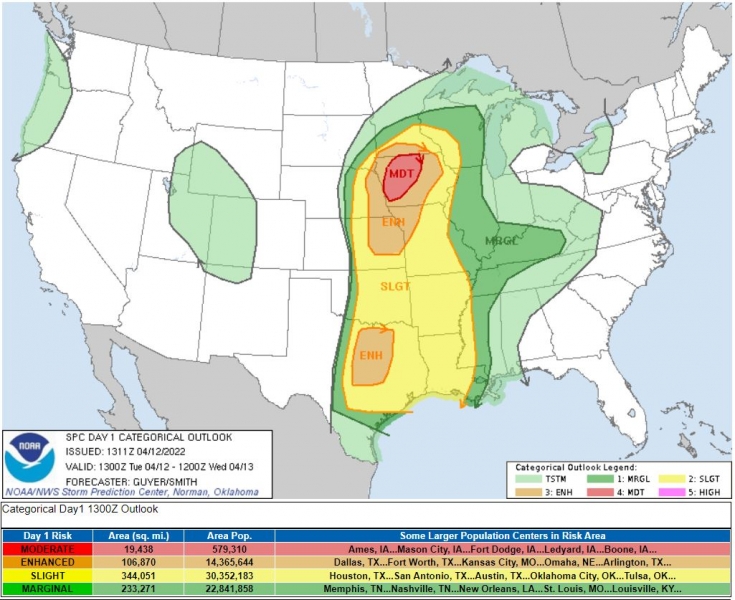 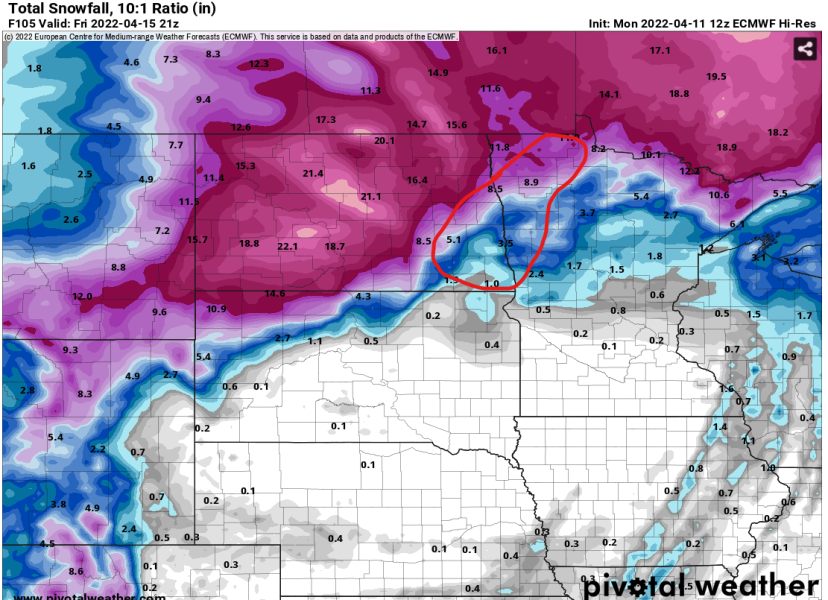 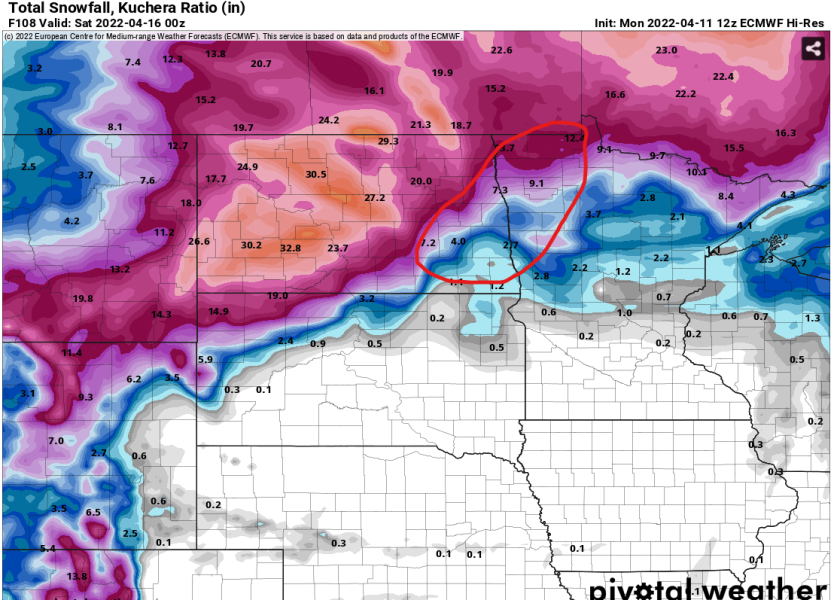 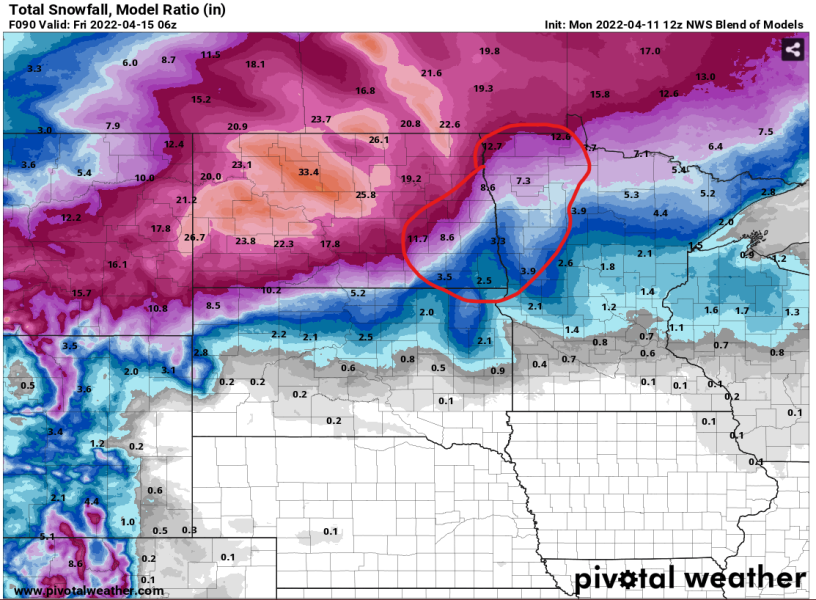 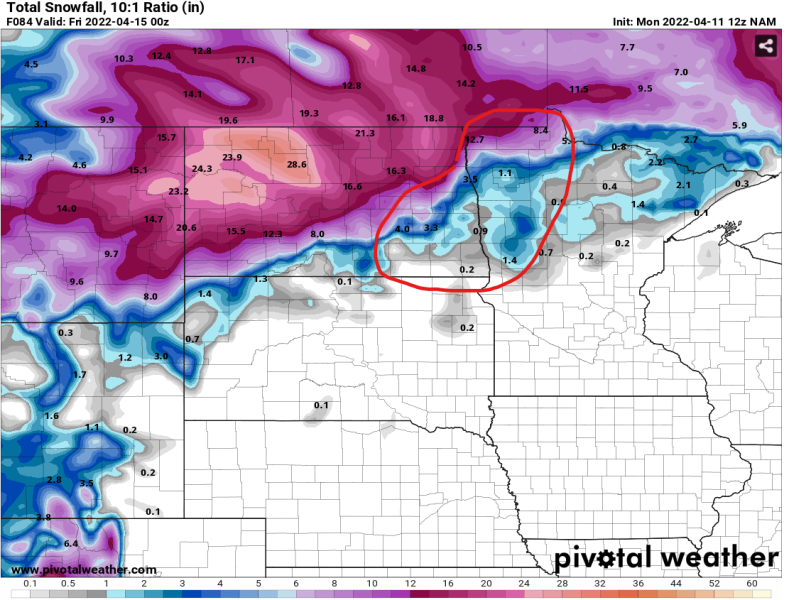 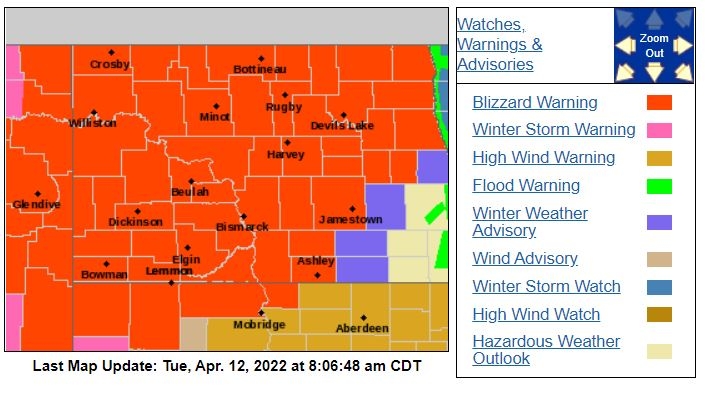