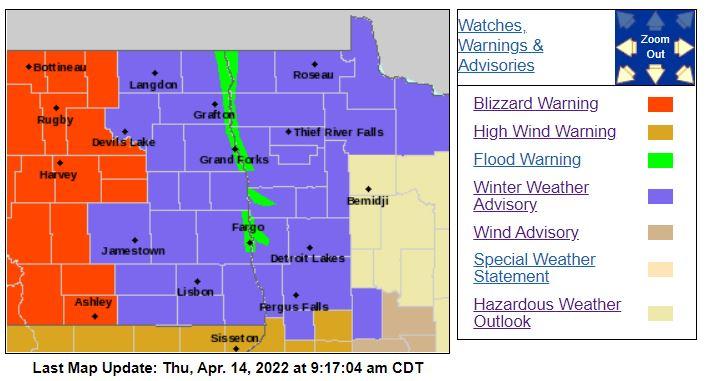 We got a good break in the snow and rain after Fargo picked up about .36" of rain yesterday, while the northern valley saw 8-16+ inches of snow! Round two will hit eastern North Dakota overnight and Thursday! Not expecting crazy amounts of snow, but strong wind will likely blow snow around that is forecasted to fall, causing reduced visibility through the day, mainly while scattered snow showers are overhead, with slippery and or slushy roads.

We've been talking about the "dry slot" of the storm giving eastern North Dakota a break in the precip for today, and I've attached a satellite image of this storm from today showing that dry slot. But moderate snow is still falling out west and will continue to fall with strong winds! Therefore, blizzard warnings remain in effect through the central and western portions of the state. The blizzard warning was dropped in the northern valley and replaced with a winter weather advisory from 4:00 AM central time Thursday morning until 7:00 PM CDT Thursday evening. The advisory reads as followed.

"..WINTER WEATHER ADVISORY IN EFFECT FROM 4 AM TO 7 PM CDT THURSDAY... ...WINTER STORM WARNING IS CANCELLED... * WHAT...Snow showers expected. Additional snow accumulations of 1 to 3 inches. Winds gusting as high as 40 mph. * WHERE...Portions of northwest Minnesota. * WHEN...From 4 AM to 7 PM CDT Thursday. * IMPACTS...Plan on slippery road conditions. Areas of blowing snow could significantly reduce visibility at times. The hazardous conditions could impact the morning commute. PRECAUTIONARY/PREPAREDNESS ACTIONS... Slow down and use caution while traveling. The latest road conditions for North Dakota can be found at dot.nd.gov/travel and for Minnesota at 511mn.org, or by calling 5 1 1 in either state."

The wind will lighten up tonight, and scattered snow showers will push more into eastern North Dakota. Temperatures hold in the upper 20's, with patchy fog possible. Upper 20's will be as warm as we get on Thursday with scattered snow showers, producing areas of reduced visibility through eastern North Dakota from NW wind between 20-40 mph, gusting as high as 60 mph to our south. (Attached below are some expected snow total maps by Friday morning.) Windy conditions continue Thursday night, with light scattered snow showers tapering off and temperatures falling into the teens! Breezy for Friday, 20% chance for a couple of light flurries.

A couple more storm systems could bring snow, one likely on Sunday. The Easter Sunday storm looks like a 1-4" range right now, but there is still time for things to change, including track and timing, so I will keep an eye on that for you. A second storm looks possible in the middle of the coming week. 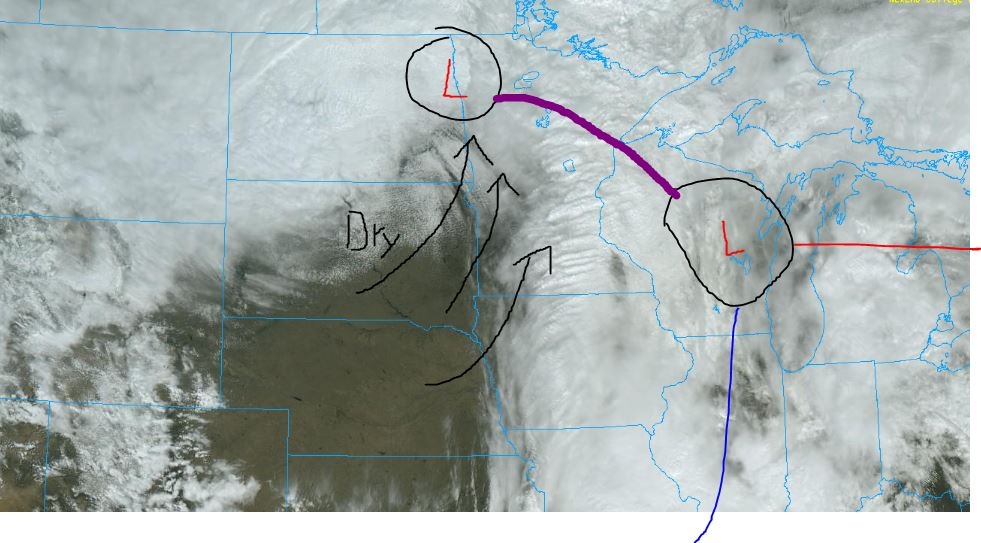 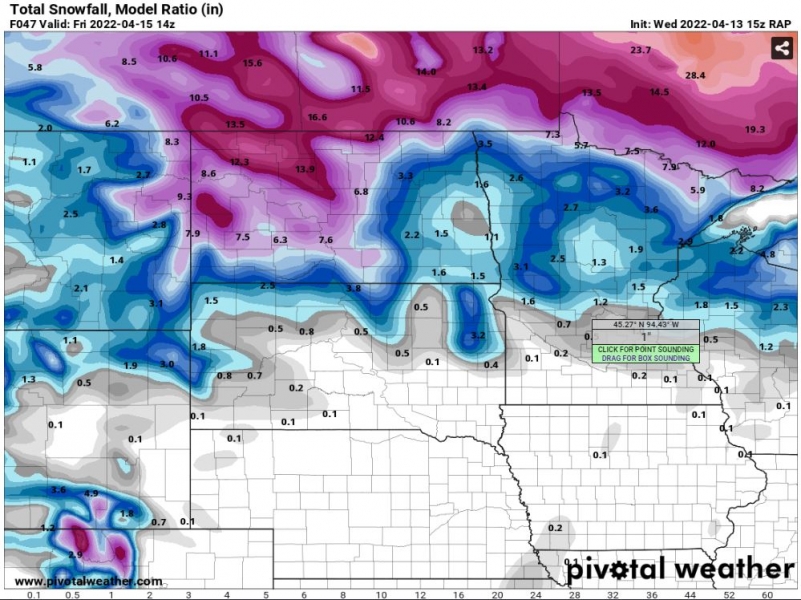 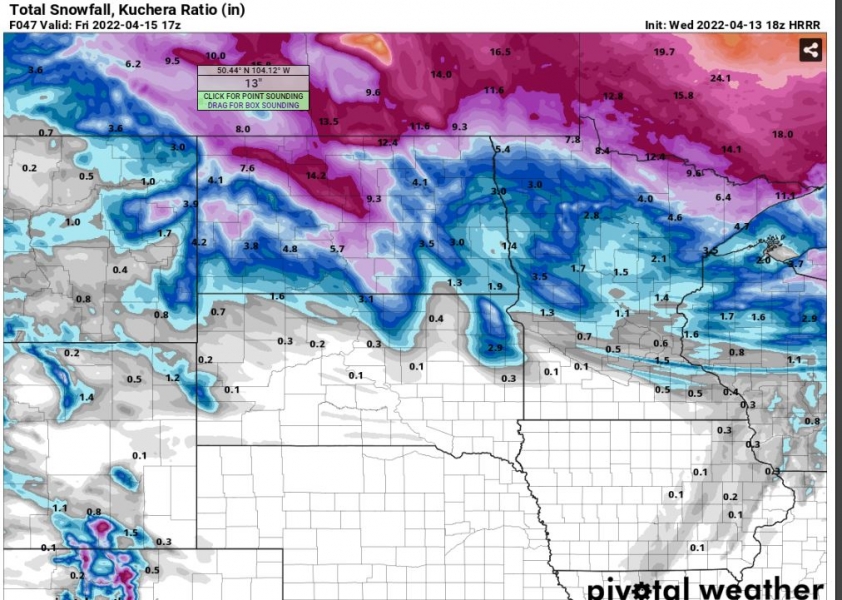