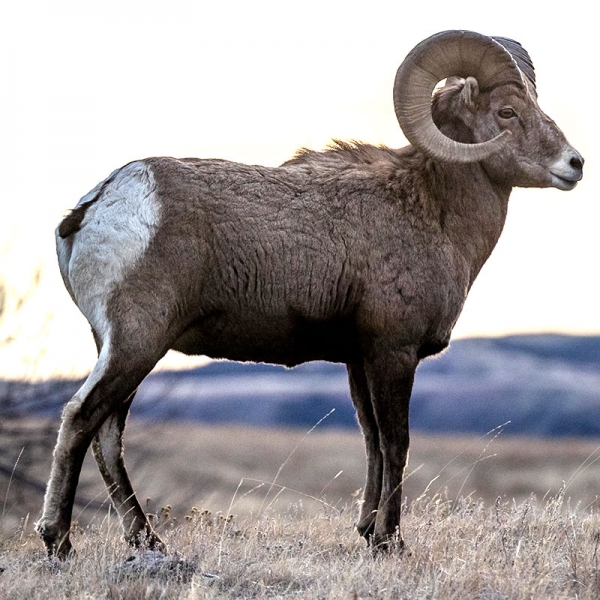 One license was issued in unit B1, one in B3 and two in B4. In addition, one license, as authorized under North Dakota Century Code, was auctioned in May by the Midwest Chapter of the Wild Sheep Foundation, from which all proceeds are used to enhance bighorn sheep management in North Dakota.

The number of once-in-a-lifetime licenses allotted to hunters is based on data collected from the Game and Fish Department's summer population survey. Brett Wiedmann, big game management biologist in Dickinson, said results showed a similar count of adult rams to 2020.

"Our objective this hunting season is to maximize hunter opportunity in the northern badlands where ram numbers are strong while continuing to reduce the number of rams in the southern badlands, to lessen the risk of transmitting disease to the northern population," Wiedmann said, while mentioning the concern is the ongoing effects of the bacterial pneumonia outbreak that was first detected in 2014 that resulted in a loss of 15-20% of the adult population.

Wiedmann noted there are more than 300 bighorn sheep north of Interstate 94, but fewer than 20 south of the interstate.

Game and Fish announced in February the status of the bighorn sheep hunting season would be determined after completion of the summer population survey. Prospective hunters were required to apply for a bighorn license earlier this year on the bighorn sheep, moose and elk application. A record 19,126 applicants applied for bighorn sheep. Successful applicants have been notified.