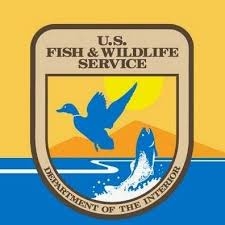 Senators John Hoeven and Kevin Cramer have issued statements after joining the Senate in confirming Aurelia Skipwith as Director of the U.S. Fish and Wildlife Service (FWS).

“The perpetual easements and wetlands determinations under the FWS impose tremendous uncertainty on producers and do not have an adequate appeals process,” said Hoeven. “We made the cost and challenges of this approach clear to Secretary Bernhardt during his recent visit to North Dakota, and we will work with Director Skipwith in her new role to provide much-needed relief from these burdens to our farmers and ranchers.”

Hoeven has been working to advance regulatory relief for farmers and ranchers impacted by wetlands easements under the FWS. To this end, Hoeven, along with Senator Cramer, outlined this issue to U.S. Secretary of the Interior David Bernhardt at a meeting in North Dakota earlier this year. Hoeven highlighted the differences between the wetlands regulations at the FWS compared to the Natural Resources Conservation Service (NRCS), under which Hoeven sought to provide regulatory relief as a member of the 2018 Farm Bill conference committee.

“Congratulations to Aurelia Skipwith on her confirmation. North Dakota landowners have seen FWS infringe upon their private property rights time and time again, an issue we discussed with Secretary Bernhardt during his visit to Hope earlier this year. Skipwith’s confirmation presents an opportunity to overcome the status quo. I look forward to working with her and the Secretary to find solutions to these pressing issues and to hosting her when she visits North Dakota," Cramer said.