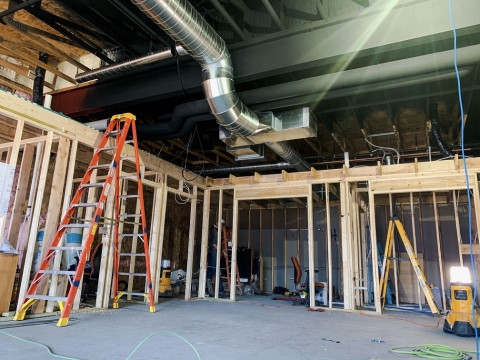 Fargo-Moorhead will soon be home to its first ever retail rock climbing wall.  Nature of the North, a company that has existed within the Fargo-Moorhead area for over 4 years, announced a rock climbing/bouldering wall as part of their brick and mortar location, set to open this spring.

The climbing wall at Nature of the North will be the community’s first-ever retail rock climbing and bouldering wall.

“This is the first rock wall that is completely open to the public,” says Walters.  “You don’t need a membership, or an appointment, or even pre-qualification or training.”

Nature of the North is set to open its doors in a location in Moorhead in the Spring of 2020.  Its hours of operation are being defined, but its services and rock wall will be available to all ages and abilities.  The store will also feature outdoor equipment rental, trainings, events, classes, and more.