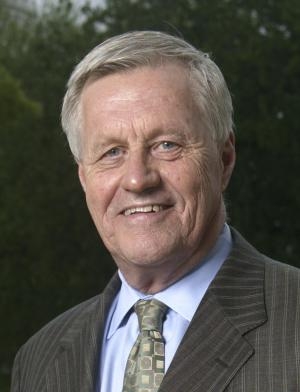 U.S. Rep. Collin Peterson announced Friday that he will run for re-election in 2020.

Peterson has served Minnesota’s Seventh District in Congress since 1991 as a champion for farmers, veterans, rural economic development, rural hospitals and schools. He also is Chairman of the U.S. House Agriculture Committee and has guided the last three farm bills that have shaped food, agriculture, energy and rural economies throughout the United States.

“This wasn’t an easy decision for me because our country is so polarized right now, but that’s also why I want to ask the voters of western Minnesota to support me again. There aren’t many like me left in Congress. Rural Democrats are few and far between and I’m concerned that rural America is getting left behind,” Peterson said.

“I’m focused not just on agriculture, but on helping our rural health care facilities, lowering interest rates on student loan debt, taking care of our veterans, and making sure we have good roads and good broadband access across rural Minnesota.”

“Those of us living in rural communities are lucky to have someone like Collin representing us in Washington DC,” said Cheri Gunvalson from Gonvick. “As an RN with more than 30 years of experience working in rural Minnesota, we need our critical access hospitals. For us, an hour to drive to the hospital in Bemidji can mean life or death, and because of Collin, our hospital in Bagley is still open and serving our communities.”

Curt Knutson, a farmer and rancher from Fisher, said “There’s no better news for farmers and agriculture than to hear that our Chairman Collin Peterson is running again. I’ve said many times that I hope he lives to be 100 years old and that I die with him as my Congressman. He’s the one person we know and trust who can thwart any efforts to challenge the sugar industry and we’re not going to have that experience and knowledge if we elect someone else to this seat.”

“Collin Peterson is a staunch supporter of veterans, working to get them all of the benefits they deserve.  He’s a stalwart in that area,” said Marv Garbe of Montevideo. “I’ve seen Collin go to bat for our veterans home -- he’s in there fighting for us on the House Veterans’ Affairs Committee. I’m retired after 37 ½ years in the Minnesota National Guard and I know how hard Collin Peterson works for veterans, I know he cares about us.”

“Collin has earned great respect and clout from his colleagues in Washington DC and continues to fight for and deliver meaningful results for our part of the country, using his Minnesota Common Sense values and often against partisan pressure to get the job done,” said Ada farmer Neil Rockstad, President of the Red River Valley Sugarbeet Growers Association. “No one has done more for the people of rural Minnesota--working families, farmers and small businesses--than Collin Peterson. I’m pleased to support such a tried and true candidate for re-election.

Fosston teacher Paul Peltier said, “I support Collin Peterson because he supports rural education and educators.From traditional programs to innovative Career and Technical Education, Collin understands the importance of college and career readiness in preparing young people for a future in rural Minnesota. Half of all millenials living in rural Minnesota are graduating with college debt. Collin understands the burden these graduates face when they train for the careers our rural communities need. Congressman Peterson is committed to addressing the student loan crisis.”

Student suspended after loaded BB gun found in student backpack
5 hours 5 min ago
North Dakota reaches 200 deaths in COVID-19 pandemic, changes coming to long-term care
5 hours 14 min ago
Cass County COVID-19 cases rise, hospitalizations remain static
6 hours 53 min ago
Rep. Armstrong is curious why Democrats won't sign an extension for the Paycheck Protection Program...
7 hours 33 min ago
Sanford Health received the 2020 Secretary of Defense Employer Support Freedom Award!
7 hours 43 min ago
Did you know the University of Mary has a new engineering facility on campus?
7 hours 54 min ago
Find out how the folks at Bethany Retirement Living have created a safe environment for your loved ones.
9 hours 14 min ago
We dig into the latest COVID-19 numbers with Desi Fleming.
9 hours 28 min ago
Detective Seth Saarinen, we salute you!
9 hours 33 min ago
Community artwork in West Fargo taking shape, features children's work
12 hours 3 min ago