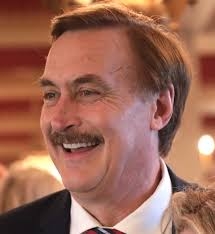 My Pillow founder and owner Mike Lindell says he's seriously considering a run for Minnesota Governor in 2022.  Lindell, a guest on WZFG Radio's "Need To Know Morning Show," says he is "99.9 percent sure" that he'll run.

Lindell is campaigning across Minnesota in support of President Trump, and is expected to make an appearance with Trump at a rally in Bemidji on Friday.  Lindell says current Democrat Governor Tim Walz has mismanaged the Coronavirus situation across the state and that Minnesotans have been let down by his lack of leadership as the Twin Cities area has been affected by riots and violence that have caused unrest and business closures.  Lindell says the state needs a business leader to return the state to the economic vibrancy it had in the past.

Lindell, whose business is based in Chaska, did not give a time frame for an official announcement but said he continues to talk with advisors about a possible decision.