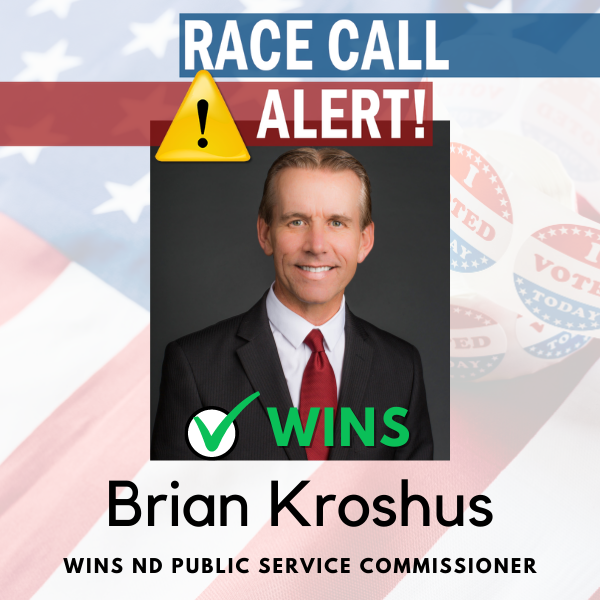 North Dakota Public Service Commissioner Brian Kroshus has won another term on the commission. Voters reelected the incumbent on Tuesday.

“Congratulations to Brian Kroshus for earning another term as our Public Service Commissioner. North Dakotans have clearly rewarded the balance he has achieved between responsible infrastructure development and respect for the environment and private property rights. We are looking forward to continued conservative leadership from Brian to keep North Dakota’s economy strong,” North Dakota Republican Party Chairman Rick Berg said.

"I'm deeply appreciative of the support and for the opportunity to continue serving the citizens of North Dakota," he says. "Thank you to all candidates who were willing to place their name on the ballot in this year's election, including my opponent. Running for public office takes an enormous amount of time, courage and commitment. Candidates and the countless volunteers who back them, combined with strong voter turnout, is why the process works and why our state is such an incredible place to call home."