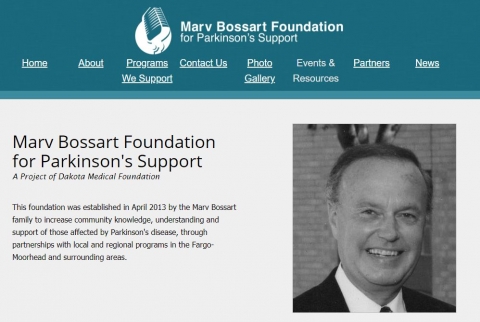 Blaze Pizza will donate 20 percent from the evening’s proceeds to the Foundation.

“Together, Blaze Pizza and the Foundation selected April 23 to host the fundraiser because it is Parkinson’s Awareness Day in North Dakota,” says Liz Bossart Mathison, Marv’s daughter. “April 23 is also the day my father passed away six years ago. I know he would be touched by this effort to help others with Parkinson’s disease.”

The Marv Bossart Foundation for Parkinson’s Support helps fund exercise programs, education and support for people living with Parkinson’s disease in North Dakota and western Minnesota. The foundation is named after Marv Bossart who was a popular TV newsman in the Fargo region for three decades.

The Foundation is a project of Dakota Medical Foundation who oversees accounting and administration so that all donations reach people in need. For more information, visit marvbossartfoundation.org.