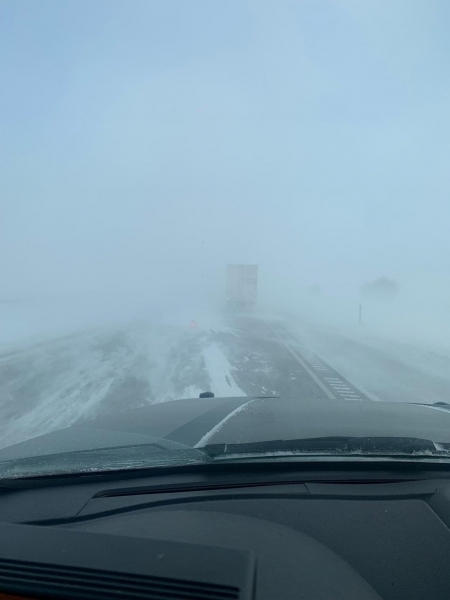 According to the North Dakota Highway Patrol, a 14-vehicle crash, with six injuries, occurred Monday west of Mapleton on I-94 in the westbound lane. Six semis and eight passenger vehicles were involved.

Six motorists were transported to Sanford Hospital as a result of injuries sustained in the crash, including a 69-year-old female, from Casselton, who sustained serious, but non-life threatening, injuries.

The crash, which is still under investigation by the North Dakota Highway Patrol, shut down the westbound lanes for approximately five hours while emergency responders removed the vehicles and conducted an investigation.

(West Fargo, ND) -- A multi-car crash has caused a portion of I-94 between West Fargo and Casselton to close down late Monday morning.

The State Highway Patrol says the crash has led to several injuries, but not much more information is readily available.

Traffic is being diverted around Mapleton as emergency crews respond to the scene.

For more info on road conditions across the state, click here.