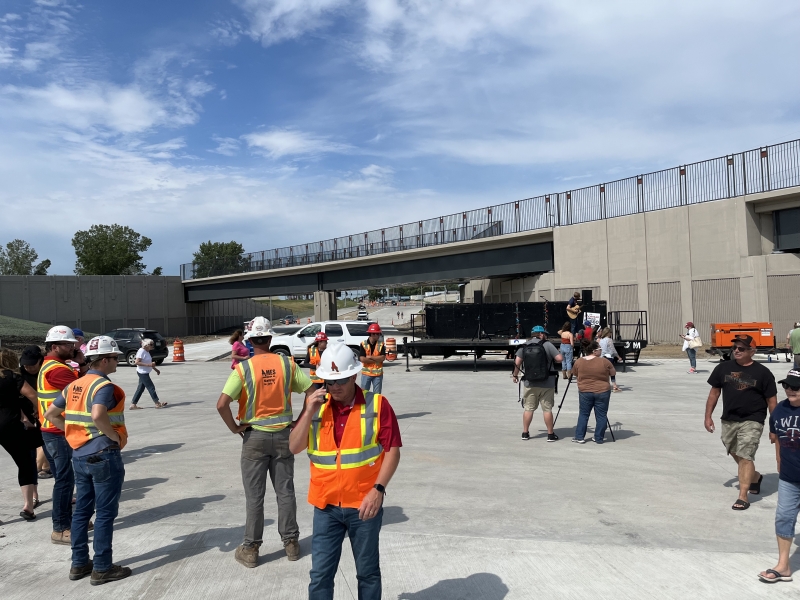 More than 250 city residents, project contributors, and city leaders participated in the festivities located at the intersection of Main Avenue and 20th Street | 21st Street. City leaders spoke about the multi decade long project, with plans and blueprint drafts dating as far back as the 1970's.

"[It's] pretty surreal, after all of those years of planning, an extended construction period, it's very nice to be standing here and see a product of all of that effort," said City Engineer Bob Zimmerman, who has worked on the project for 20 years, "When people come through on Friday, they shouldn't expect to see everything 100% complete, but it will be functional."

Zimmerman was joined by Nancy Daubenberger, a Commissioner for Minnesota's Department of Transportation, and Shelly Carlson, Moorhead's Mayor. Zimmerman says some construction is still needed before the project is fully completed, but expects the roads to open by July 22nd. The three individuals welcomed community members to join in the celebrations, with music, food, and the summer heat.

"It's our single largest, biggest infrastructure project to date, "said Mayor Carlson, "A $72 million dollar project that has opened 20/21st. Vehicles, particularly our emergency response vehicles, can get through town with safety and expediency in a way that they couldn't before."

An additional construction project is expected to begin on August 1st at the site. Zimmerman says the project will only temporarily limit traffic through the area.