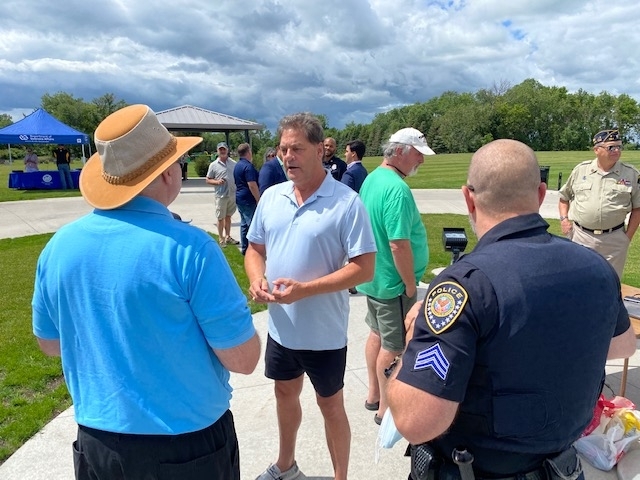 (Fargo, ND) -- A representative for the Fargo Honor Guard says there is still no resolution between their group and VA officials at Fort Snelling, when it comes to differing plans for improvements at the Fargo National Cemetery.

"You know I am hoping their is a resolution, and we are so grateful to the folks like you and the media and the community for supporting us on this, because otherwise we would have no voice, we'd be absolutely powerless to do anything," said Tom Krabbenhoft, while appearing on "What's on Your Mind" on AM 1100 the Flag.

Krabbenhoft talked about how differences over a toilet continue to cause friction between the opposing sides. The VA wants to install a vault toilet on cemetery grounds, while Honor Guard members say such a move would desecrate the burial site. Their group is pushing plans and raising money to build a more expansive private use site on property next to the cemetery.

Meanwhile, Senator John Hoeven said this week there is a plan to install a bathroom with heat and running water.

The riff has led to a VA official suspending Honor Guard member Jason Hicks from performing volunteer duties at the cemetery during burial services for veterans.