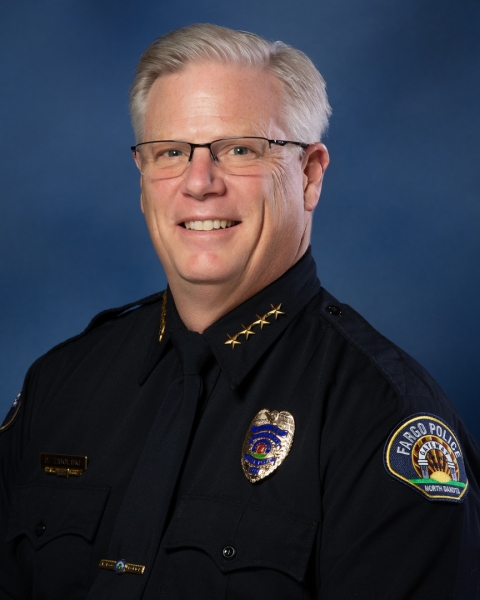 The Fargo Police Department gave a presentation to the city's Police Advisory Board about the July 8th officer involved shooting. Chief Zibolski says the oversight board's existence is especially important for times like this.

"It really show[s] the benefits of this advisory and oversight board, in terms of our ability to walk through an incident like this, "said Zibolski, "In total, we spent over an hour discussing an incident that happened in seconds."

Zibolski stressed the need for the board, due to allowing the public to see what happened that day, and giving Fargo residents the ability to question board members and police officials.

Fargo City Commissioner Dave Peipkorn spoke on multiple topics earlier this week on The Flag's What's on Your Mind program, with a portion of the comments directed towards Chief Zibolski. In the discussion, Peipkorn accused Ziboksi of being a "social justice leader" and someone who isn't "focused on law and order." Peipkorn also cited reports which described upwards of 40 veteran officers with resumes and applications out to other departments. Something Fargo Mayor Tim Mahoney and Chief Zibolski dispute with enthusiasm.

"In short, I have no idea what Commissioner Peipkorn is talking about, I think I'll leave that to the Mayor and the Commissioner to address that behavior." said Chief Zibolski, when asked about Peipkorn's comments.

He says the comments made by the commissioner were made " without any supporting information at all", saying the overall morale of his staff, the environment in the office, and the building-up of the police department can be classified as an "outstanding job."

Chief Zibolski also addressed concerns regarding crime and safety in downtown Fargo. He says the area is quickly becoming a residential neighborhood that is beginning to interact with homeless residents who often reside in the area.

"There's more contact with [the homeless] now and that has an adverse effect on the perception of safety downtown, because from a crime aspect, downtown is very safe, "said Zibolski, "Homelessness is not a crime, and regardless of how many officers we have, there is nothing we can do from a law enforcement perspective about homelessness."

The Chief says more can certainly be done to improve safety, and a large portion of the effort can be placed towards staffed mental health facilities or treatment centers. Currently, Zibolski says the officers spend "and exorbitant amount of time" working with individuals who are both homeless and have extreme mental illness. He expressed confidence towards addressing homelessness within the city, and says he is excited to work towards solutions with other departments.