Neighbors react to double shooting in Fargo: "Not surprised by this at all" 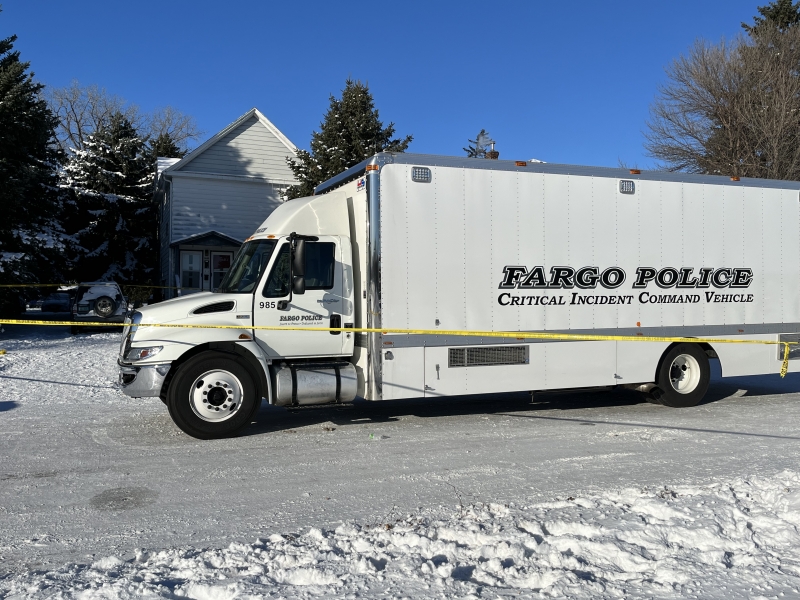 (Fargo, ND) -- As the investigation into the shooting deaths of two Fargo men remains under investigation, neighbors in the community where it happened near NDSU are sharing their thoughts on the tragic scene.

"I’m not surprised but kind of scared at the same time from it," said one neighbor who talked with WDAY Radio. "We'll definitely make sure we keep our doors locked for sure."

The same neighbor, who wished not to be identified, added this type of crime isn't new to the area, which is near the 1000 block of 15th street north.

"We’ve had our grill stolen right from our backyard with our propane tank and I don’t know if it was homeless people or people just trying to get in your house. I also know at the apartments across the street here there was a shooting two years ago, so I know this neighborhood is not the greatest."

Another neighbor we spoke with shared some of what he heard during the early-morning hours of this past Saturday, when gunfire led to 28-year-old Jaquan Gatewood and 27-year-old Kierre Davies losing their lives.

"I heard three shots over there, and I firmly believe it was gunshots," said the neighbor who had mentioned he also talked with Fargo Police. "It’s a rental place as far as I know. I just could tell it was bad."

Fargo Police have not made any headway as of late Monday morning when it comes to naming any supposed suspects, or declaring the incident a double homicide. Autopsy reports are pending for both Gatewood and Davies, who have had run-ins with law enforcement previously.

As for the neighborhood moving forward, it appears people living there are not living in fear of a possible suspect on the loose, but aren't surprised that they got away, and that something like this has happened in Fargo again.

"It’s crappy to say, but Fargo‘s kind of known for shootings recently so it’s not really a surprise. And  at 3:15 in the morning I'm not surprised they got away, it’s winter and there are a lot of places to hide."

FPD continues to investigate the incident. If you have any information about the supposed double shooting, you're asked to contact them as soon as possible at (701) 235-4493.