Bison Lock In A Football Game For This Fall 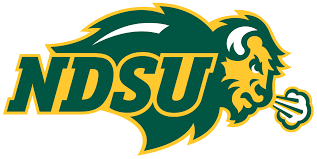 It looks like there will be some football this fall Bison fans! On Monday afternoon, North Dakota State University director of athletics and head football coach Matt Entz announced they will host the University of Central Arkansas Bears on Saturday, October 3 at 2:30 p.m. This game will end the 2020 fall practice schedule.

Both Larsen and Entz answered questions on their thoughts of having a game on the schedule this fall. “We’re excited for an opportunity to play against Central Arkansas,” said Larsen. When it comes to preparing for a one game schedule Entz replied, “We’re going to treat it like the first game of the year.” Entz also added that any player can play in the game and their eligibility will not be affected.

Will Trey Lance and Dillon Radunz play against the Bears? That may be the largest question looming to many fans and it was answered at the conclusion of today’s press conference. “Last I checked they’re still on the roster, so I’m planning on them playing,” concluded Entz.